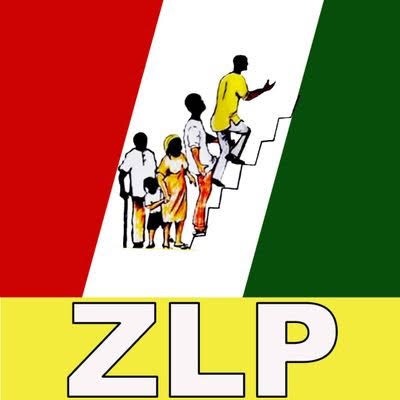 The Zenith Labour Party (ZLP) in Oyo state on Friday announced Evangelist James Kolawole Olaniyan as the acting chairman of the party in the state.

This followed the defection of the erstwhile Chairman of the party, Wole Abisoye and five other local government chairmen of the party to the ruling Peoples Democratic Party, on Wednesday at the Agodi Government House.

There have been no love lost between the ZLP which was part of the coalition political parties that joined the PDP to ensure victory of Governor Seyi Makinde in the 2019 election.

The ZLP gubernatorial candidate, Chief Sharafadeen Alli who dropped his ambition for Makinde, had after alleged failed promises made to them, recently held exploratory meeting with the All Progressives Congress ahead of their possible defection to the party.

On Friday, the Secretary of the party, Bimbo Adepoju who announced the new chairman at an emergency meeting well attended by other 28 party chairmen at the party Secretariat, Samonda Ibadan, said Senator Rashidi Ladoja remained the leader of ZLP in the state.

At the meeting were Chief Alli; all the 28 Local Government Chairmen of the party and other major stakeholders.

Speaking with Journalists after the meeting, the secretary of the party, Adepoju said; “We are here to look at the recent developments in our party, especially the defection of our chairman to the PDP. He joined the PDP without the consent of our father and leader, Chief Rashidi Adewolu Ladoja and other leaders of the party.

“However, the party is intact. As you can see, 28 of our chairmen are here. They are here to pledge support for our party and our leader, Chief Rashidi Ladoja who knows nothing about their meeting with Governor Seyi Makinde.

“I want to appeal to our members to continue working because we are consulting with people. The leader of PDP in the Southwest, former Governor Ayodele Fayose and our leader, Baba Ladoja are talking and I can assure you that everything will be clearer soon.”

Reacting to his appointment as the acting chairman, Evangelist James Kolawole Olaniyan urged all members of the party to continue working for the progress of the party, adding that ZLP will soon spring surprise in Oyo State.

Makinde is a Disgrace to Public Decency, The Office He Holds – Akeredolu