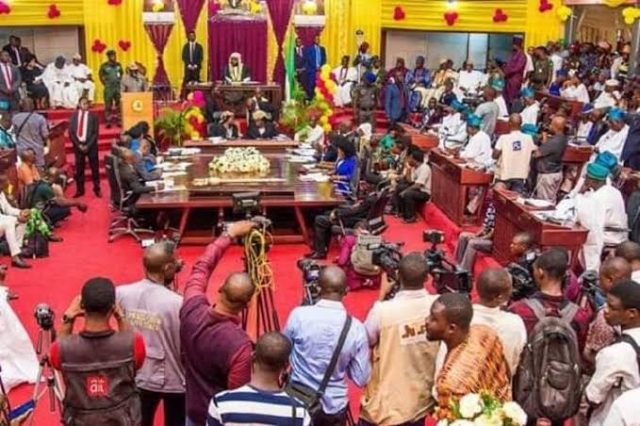 The Oyo State House of Assembly has disclosed its desire to review examining the activities, projects and spending of the 68 Local Government Caretaker Chairmen and Sole Administrators across the Local Government and LCDAs before the end of their tenure.

The lawmakers noted that the tenure and operation of Transition Committee chairmen in Local governments and Local Council Development Areas in Oyo State will soon become moribund because of the recent announcement of the election time table by OYSIEC, which is a welcome and exciting development for all lovers of democracy.

A motion moved by the Chairman Committee on Local Government representing Ibadan South-East II State Constituency, Hon. Ademola Popoola insisted on the need to inspect and scrutinize the activities of the LGAs and LCDAs in term of their record, accounts, projects and contracts with effect from December 2020, to ensure sanity and prevent foisting calculated disabilities and liabilities on the incoming democratically elected government.

The Caretaker Chairmen which will be leaving office barely two weeks in line with their previous three months tenure elongation by the lawmakers and the OYSIIEC local government time table respectively.

In a statement by the Speaker, Rt. Hon. Adebo Ogundoyin, the committee set up by the house to perform the duty will have representatives from each zone of the State including Oke Ogun 2 and Ibadan lesser city areas.

“We need to make the caretaker chairmen accountable. We need to verify the projects executed under the administration and scrutiny how well they have to be able to serve the people with the funds approved for them.

“This is necessary to evaluate how well they have served the people and as the representative of the people, it is our obligation. We are equally setting the record straight for the chairmen that will be elected at the coming election,” he said.

Lam-Adesina Identifies With EndSARS Struggle, Implores Government to Wake Up to Citizens’ Call