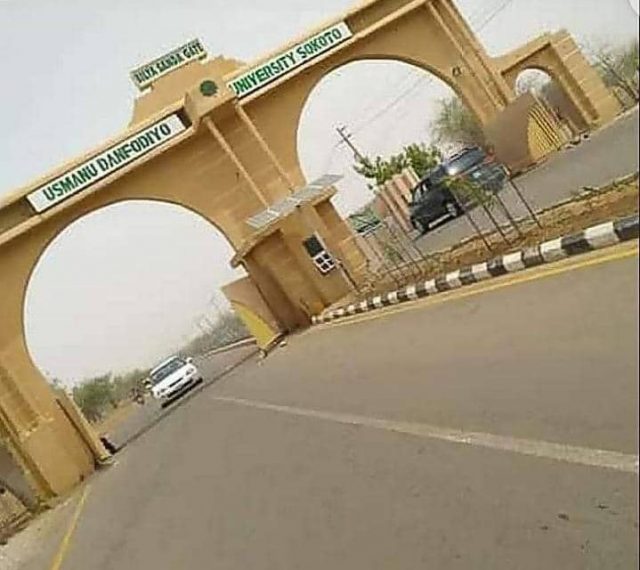 Following the first part of this report which detailed the plights of the Usmanu Danfodiyo University students residing in the private hostels over their overdue house rent payment as a result of closure of schools due to COVID-19 and ASUU Strike. This second part focuses on the reaction from the university management and the Student Union.

“We are already working towards their complaints — SU President

While speaking with this reporter, the Students’ Union president of the varsity, comrade Faruku Barade Wamakko said that the affected students should be ready to pay another rent, at least half of the payment, as he’s already working towards putting the matter before the school management.

“I’m planning to meet the school management, after the Christmas celebration, to discuss the issue of our students in the private hostels. He students should not have it in mind that they won’t pay any dime, if they resume. They should be ready to pay at least half of their rent, if the landlords request and we will make sure that we try our possible best to discuss with the landlords too, to consider our colleagues in their apartments.”

Speaking with the Dean students affairs, Usmanu Danfodiyo University Sokoto, Professor Aminu Muhammad Mode, he explained that when the students got their accommodations, the agreement they had with their landlords were not put in the picture.

Professor Mode expressed, “Students who were not in the school accommodations went to the private landlords on their own and agreed on their agreement, neither the both parties have met us on any agreement, so we didn’t know any agreement they have reached.

“If the landlords will request another rent, they won’t inform us because we were not informed from the outset.”

He made it known that the students in the school’s hostels are not going to be charged for another payment because they paid for a session and they haven’t finished the session which they paid for but for the private hostels livers, their expectations should be based on the agreement they had with their landlords.

“As for the university’s hostels, we are not going to request another payment from the students but for the private hostels, we didn’t know about their provision, since their agreements were not visible to us.

“We didn’t know if the landlords assured them to keep the room for them till they come back, if they go on compulsory holiday or not,” he said.

Prof. Mode also explained that the private hostels are not operating under the school management because the apartments are not for the school but built for business by the owners, so, the school can not give directives to the landlords, on their own properties.

“We cannot give the landlords directives because they are not operating under the school management, because it’s not our property but just for business to the owners.

“We have only been watching what’s happening in the school campus entirely, not having any agreement sealed with the landlords over their properties.”

Directly speaking to this reporter, Prof. Mode has assured the affected students that they will have the University’s intervention, by meeting with the landlords for possible ways to make things better for the two sides, if the landlords will cooperate.

“With this information I’m getting from you (directly telling this reporter), I will make sure I make my findings, make the school meet with the landlords, if they will cooperate, for the betterment of our students in the villages before I make it official, ” Prof. Mode concluded.