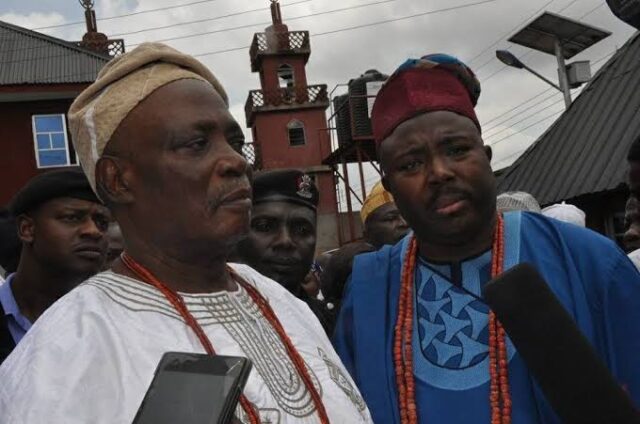 A former secreatry to the oyo state government and the candidate of the Zenith Labour Party (ZLP) in 2019 general election, Oloye Sarafadeen Alli has described a former governor of the state, Senator Rashidi Ladoja as ‘a dogged fighter and a cat with nine lives’.

Alli said Ladoja has demostrated his love for his people in Ibadan land, Oyo state and the entire nation at large in many ways.

The former SSG in his congratulatory message as part of celebration of 76years birthday of the Osi Olubadan, said Ladoja’s achievements over the years are unquantifiable, saying the Septugenarian remains a symbol of unity for the people of Ibadan and Oyo state in general.

According to him, his contributions to humanity both in government and in private sector have helped thousands of people to be financially independent and worthy ambassadors of their respective families.

The statement he personally signed reads in part: “My father, leader and the Osi Olubadan, High Chief Rashidi Ladoja has contributed greatly to the development of humanity.

“Despite numerous attacks on his personality, God has always vindicate him on all fronts.

“At 76, Ladoja can be described as a cat with nine lives. An enigma, a dogged fighter and lover of his people.

“While in private sector, Ladoja helped thousands of people without making noise. His achievements in both private and public sectors are worthy of emulation for everyone who desire good things in life.”

Akinyele Killings: Is Makinde Taking Us Back To Brutish, Solitary & Nasty Time? ||...