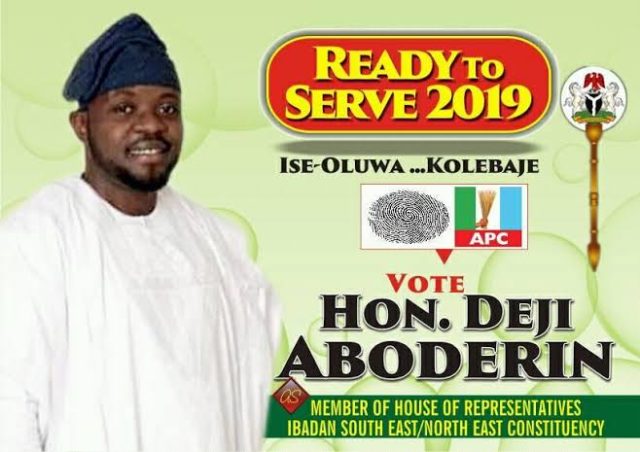 The All Progressive Congress (APC) Candidate for House of Representatives in Ibadan North East/South East Federal Constituency during the 2019 general election Mr Deji Aboderin has defected to the ruling People’s Democratic Party.

Speaking on his defection, Mr. Aboderin accused the party leadership of working against his electoral victory in the last election.

JUST IN: Armed Robbers Invade Agbowo, Kill One, Injure Many