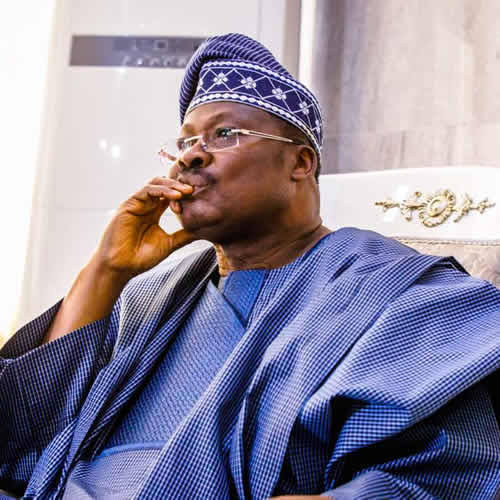 The All Progressive Congress (APC) has announced the appointment of the former Governor of Oyo State, Sen. Abiola Ajimobi as the Acting National Chairman of the party, after the Tuesday ruling by the Appeal Court, which upheld the suspension of Adam Oshiomole as the party’s National Chairman.

According to a statement signed by the National Publicity Secretary of the party, Mallam Lanre Issa-Onilu confirmed that National Working Committee (NWC) of APC received the injunction by an FCT High Court that upheld Oshiomole’s suspension.

” The National Working Committee (NWC) of the All Progressives Congress (APC) has received the news indicating the Appeal Court has upheld the suspension of the Party’s National Chairman, Comrade Adams Oshiomhole by an FCT High Court pending the determination of the substantive suit.”

Meanwhile, Former Governor Ajimobi, who tested positive to coronavirus is said to be a diabetic patient and coronavirus a challenge for people with diabetes. He suddenly took ill in Abuja late May 2020 allegedly after attending one of the political meetings with his party chieftains.