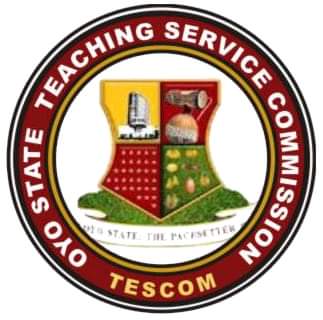 First and foremost, I will like to laud the Oyo State government’s effort under the administration of Governor Seyi Makinde towards repositioning the state education system to the top of the nation’s performance chart.

I am writing to the Oyo state government, hoping it will incite an urgent reaction.

It’s a known fact that poor career knowledge, poor academic performance, and high school drop out are rampant in most of the secondary schools in the state. To find an indelible solution to this issue, then career knowledge of the students will have to be intensified, this is one of the essences of incorporating guidance and counseling into the school system. As the program will help eliminate the ignorance of the students on the prospects of their choices of career and mend their sociological and physiological imbalances.

However, I can firmly say that guidance and counseling is missing or not deeply rooted in the state’s education system.

This has prevalently resulted in poor academic performance, vandalism of school property, gang action, examination malpractices and other social vices such as drug addiction, smoking, cultism, among students in secondary schools in the state.

The presence of guidance and counseling programs and services in secondary schools throughout the state will in no small measure curb and eradicate these vices.

I’m urging the state government under Governor Seyi Makinde led administration to integrate guidance and counseling programs in secondary schools in Oyo state. Giving provision that all educational institutions in the state should employ the service of at least one guidance counselor.

The provision of adequate guidance and counseling services in our post-primary institutions will enable students to understand themselves, their abilities, potentials and develop an enhanced capacity for making wise choices and perform well in their studies.

However in our society today, many parents often make a choice of careers for their children compelling them to put in for certain courses, such as Medicine, Law, and Engineering. not minding whether the children have the ability or intellectual capability to cope with these courses or not. In an attempt to address this, the federal government realized the importance of career counseling a the apparent ignorance of adolescents about their future career and prospect and stated in the National Policy of Education (FRN, 2004 revised edition p.52) that;

“In view of the apparent ignorance of many young about career prospects and in view of personality Maladjustment among school children, career officers and counselors should be appointed for post-primary institutions”.

It is disheartening that in the state school system today, cursory observation reveals that guidance and counseling have not been accepted and given its appropriate position in the various levels of schools. Especially, the post-primary institutions.

Our society is undergoing tremendous changes like other parts of the world. These changes are concomitants of developments, advances in science and technology and man illusory independence from the clutches of nature. There is a lot of pressure on the young ones who are unequal incapacity to adjust to these changes in our environment and schools.

I hereby urge the incumbent government administration in Oyo state under the leadership of His Excellency Engr. Seyi Makinde, as a matter of urgency, to establish well functional counseling units in our post-primary schools and also give fiscal supports to the establishment of guidance and counseling services as this would assist in the effective running of the program. Thanks.

He can be reached via akintolababajide@gmail.com. 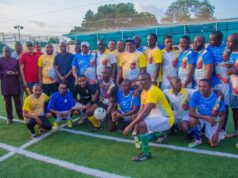 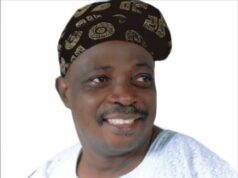