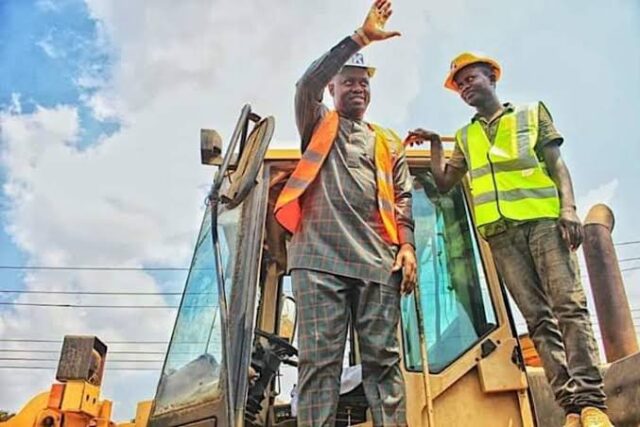 Oyo State Commissioner for Information, Culture and Tourism, Dr. Wasiu Olatubosun has said that the current administration, under Governor Seyi Makinde would not leave any inherited project undone just because his immediate predecessor, late Abiola Ajimobi left many projects initiated by former governor Alao Akala out of hatred.

Olatubosun stated this while featuring on a radio interview programme on Pensioners’ FM in Ibadan on Saturday, saying the present administration would rather complete the projects to impact positively on the people of the State.

The Commissioner was reacting to insinuations from some quarters that governor Makinde has been completing projects started by the Ajimobi’s administration without initiating new ones.

He said road projects and school construction projects as well as healthcare facility projects that were entered into by the immediate past administration were either hastily done without recourse to quality or enduring capacity of the facilities, with the State being at the receiving end.

“Imagine the agreement entered into with the contractor handling the Moniya-Iseyin road and the quality of work done then, had this administration not terminated that contract and given it to another contractor, would that road not have collapsed totally today? Go there and see the quality of job done there by the new contractor.

“Many of the contracts awarded by the Ajimobi administration did not favor the people, Governor Makinde had to sit down with the contractors to renegotiate, based on the quality of projects and amount, so they have no basis to say he is not doing new projects.

“If late Ajimobi has completed the State health facility projects at Ogbomoso and Oyo township started by former governor Alao Akala, would the present administration still have to use the State fund to do that? He deliberately ignored those projects due to his hatred for his predecessor, the eight years of Ajimobi left the State health facility at Oyo town without attention, the whole roof and other fittings were carted away by hoodlums.

“Governor Makinde is not doing that, he has entered into an agreement with the people of the State to improve their wellbeing in education, healthcare, urbanization and other sectors of human life, he has no axe to grind with anybody.”

He expressed the State government’s resolve to spend the loan obtained for infrastructural development on recurrent expenditure like payment of salary, pension and gratuity of retired civil servants.

Dr. Wasiu Olatubosun also hinted that officers of the State Vehicle Inspection Department (VIO) that were accused of extorting motorists and hindering free flow of traffic would henceforth be punished as the government has a mandate for the officers to enforce and not for them to become terror on the road.

He said the directorate under which the Vehicle Inspection Officers work would be briefed and necessary monitoring would be done to get to the root of the allegation, so as to single out the erring officers that wanted to tarnish the name of the inspectorate.

The former council Chairman added that despite the cancellation of curfew in Oyo State, safety protocols against Covid-19 in public places like churches and mosques were still in place.

“There is still the regulation of churches not to allow more than 25% of total capacity of congregation at every service, the same goes for mosques, we still use this opportunity to appeal to our market women and traders to let us take personal responsibility and stay safe.

“Okada riders have been told not to take more than one passengers, public vehicle drivers should not overload their passengers to avoid passing the virus from those that already have it to others,” he pleaded.