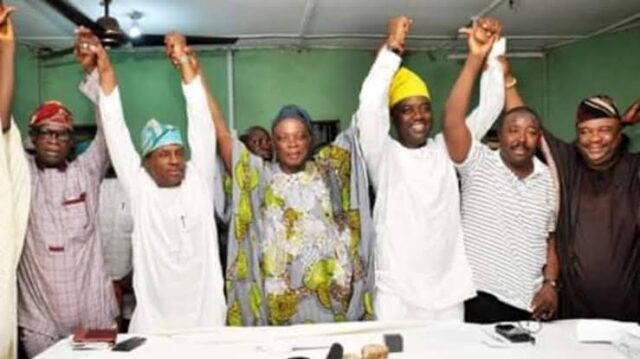 If the agreement will just fly away like a yam powder having the encounter with heavy wind, still, it will leave a printed mark to honor the presence of the yam powder at that particular time. That leftover is what yam powder will be grateful for while remembering the journey with the wind storm.

To be realistic, the build-up to the 2019 governorship election in Oyo state was unprecedented, that, the contesting oppositions will unanimously agree to form a coalition and oust out the incumbent party from having the blessing of the election day. And they successfully did it, and they were happy. But the morning happiness never reached the joy that the night should enjoy. Things finally fell apart immediately the May 29th passed. The gentle and philanthropist Seyi Makinde become a struggled man to see by his ‘co-coalitors’. Not too far that they regretted their ungratefulness to the realist, All Progressive Congress (APC) candidate, Bayo Adelabu, whom they choose not to form a coalition with. That, he is Ajimobi’s heir in government and that, they may not be able to subject him to the needed control.

But, gratefulness is Thy Lord, the puppetry looking Seyi Makinde then find peace and solace in their unimaginable agreement that only a ‘full’ man will solely honor such a ludicrous but hidden agreement. But wait, he spent the money for them, he is a businessman, and he needs to recuperate his electoral spending over the years, at least, N48bn must be accumulated except they want him to face the CCB – Code of Conduct Bureau for prosecution.

The situation is not scolding anybody other than the Oyo state people in general, nothing is moving in governance other than billions of loans granted for the projects that have no direct and immediate impact on the state economy. The danger of populism is more than the benefits therein, but we must be popular to win the vice presidential ticket come 2023 to dislodge the Asiwaju Bola Tinubu’s South West politics. Time will definitely tell that.

Maybe we need to reason with this, the 515,621 votes garnered in the last general election by Engr. Seyi Makinde by now, as a matter of reality, has dropped to less than 300,000 votes. The result is out there to see. One reason why we need not pity the coalition caucus was that they are too ‘full’ of themselves with high hatred for the actors at the other end. They are generals who lost the war entirely without winning any battle to be stepping down with water at the ‘councilor-less’ time like this. They sold out their birthright for someone peppering them with alligator pepper. They punished their followers in the name of the unavailable agreement other than their own pocket agreement that was fulfilled, and of course, in politics, that was for mobilization; let’s laugh together.

From Sen. Olufemi Lanlehin of African Democratic Congress (ADC) to Barr. Sharafadeen Abiodun Alli of Zenith Labour Party (ZLP); a party with no single councilor threatening my governor, further to Chief Bolaji Ayorinde (SAN) of Social Democratic Party (SDP), and the forceful dragging of High Chief Sen. Rasheed Ladoja to the mess around in the name of coalition that time. And to the front role played by other federal lawmakers in the coalition, most especially, the unity forum leader in ADC, Sen. Monsurat Olajumoke Sunmonu, and all still a null reflection. They are all disgruntled members now.

Now, ZLP is massaging the ego of Seyi Makinde’s government of PDP and PDP in a counter strike desecrating the political strength of the ‘councilor-less’ party. While the ADC stamping the suffering and smiling of her members at the expense of the fringe benefits of her leaders that are planning to head back to APC.