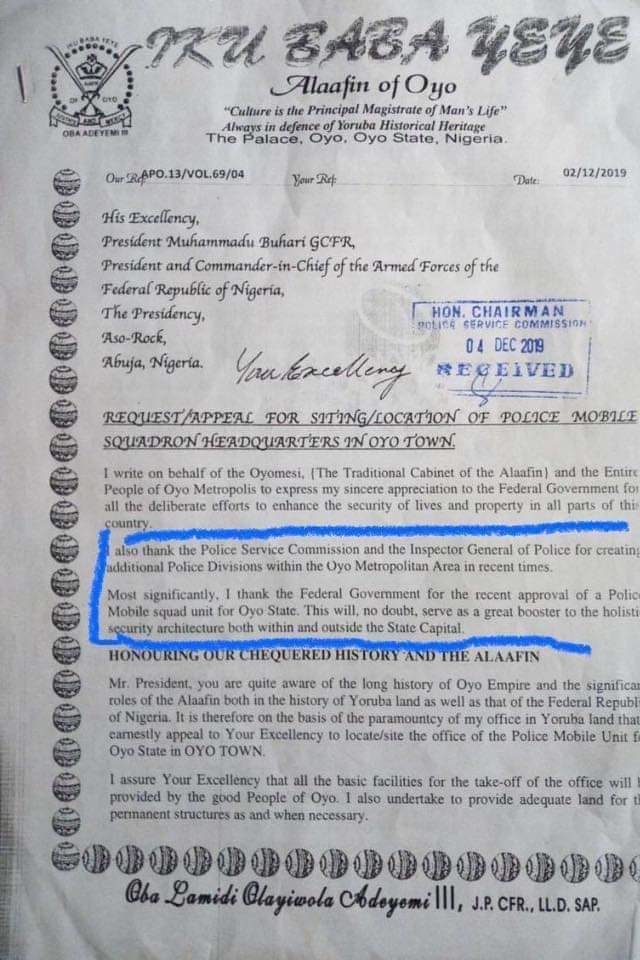 Leadership requires not only pacing and sequencing the issues themselves to contain division, Ronald and Linsky says in their book, Leadership on the line, but also tending to the holding environment itself to strengthen the bonds of TRUST and shared interest that make the losses of compromise and innovation worth sustaining.

A few days ago, a justified mob of internet activists from my country home, Oyo descended heavily on Governor Seyi Makinde’s administration over what they perceived the insensitive relocation of 72 Mobile Police squadron from its appropriate place, that is Oyo to a tiny town in Oke-Ogun division of the state, Ago-Are.

That simple act on the part of the Governor immediately drew the ire of the people and became the subject of discussion which has completely eroded whatever goodwill the Governor might have enjoyed from the people of the ancient town in the last one year. But is that all to the issue at hand?

Well, it is no doubt the people of ancient Oyo felt cheated, robbed in the day light, and have their desires, trust, expectations, and dignity robbed on the ground by the administration of Engineer Seyi Makinde over that relocation.

There is also no doubt the people felt disengaged both emotionally and politically from the actions of the Governor so far not just on the 72 MOPOL squadron skirmishes but on the handling of Akesan inferno and other sundry issues.

“People,” Ronald and Linsky say, “do not resist change, perse. They only resist loss”. And what the Governor has done is to take away what rightfully belongs to Oyo people without any respect for their feelings and their emotional composition. It will take a while for the wound to heal.

But is discussing this critical issue (security, I think you know is critical) from the emotional lens be enough? Can’t we dive deeper and take a cursory look at what went wrong, from the day Alaafin’s letter to the presidency got approved to when the squadron was finally situated in Ago-Are?

In 1300, the last born of Oduduwa, the progenitor of the Yoruba race left his ancestral home of Ile-Ife to established one of the most powerful kingdoms not just in Africa but in the history of the world.

Oranmiyan described unarguably the most powerful, brave, and influential son of Oduduwa founded a city, that will not only compete but attract, the best in royalty, politics, military, commerce, and culture with its peers across the universe. The name of the city: Oyo. And since then, the Oyo Empire as it is oft called spread northward, of Nigeria and across sub-Saharan Africa. The city, would fight battles and eventually settled in its present place, around 1837.

That city is headed by versatile, cerebral, brilliant, and internationally renowned and respected Monarch: The Alaafin of Oyo. In the scheme of things, or in discussing the elevation of royalty and our cultural heritage to the apogee, in Nigeria and Africa, Alaafin’s legendary exploits are second to none.

So, when his Imperial Majesty, Alaafin Lamidi Olayiwola Adeyemi 111, Iku Babayeye, wrote to the power that be requesting for a police squadron, the Governor must have know the matter is very dear and close to the heart of the erudite Monarch. He must have know that early collision with the king is a sign of danger looming ahead. He must have learned from history and trajectory of PDP Governors in the state and avoid their pitfalls. He supposed to have let that squadron be and let the sleeping “Igbakeji Oosa” rest.

Matters like this present a fertile ground for the Governor to display his widely touted humbleness, humility, honesty, and transparency. Yet, the Governor’s action seems to be contrary to his bootlicker’s canticle.

But beyond Alaafin’s legendary exploits and Seyi Makinde’s administrative goof is an urgent silent matter that calls for sober reflection among leaders of thoughts in Oyo. We must know that fighting for the people, in our respective domains is neither a crime nor anything aberration because when all is said and done, what will be left is simply projects people benefit from.

Another point worth discussing is the urgent need to raise leaders whose love for the country and their country home would trump personal and religious interests. And this can only be achieved when today’s leaders lead by example and show the youths how best to lead with love, passion, courage, stamina, and political artistry.

But whosoever advised the Governor on this matter blatantly misled his Excellency though as the saying, the need for learning, compromising, and fence-mending never stops.