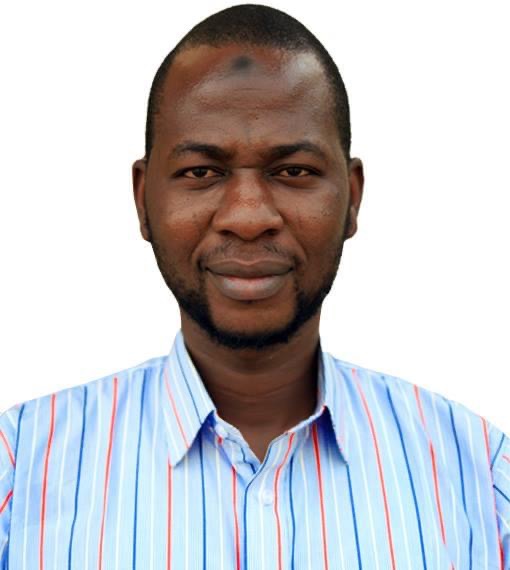 Let me begin by saying that I am not holding forte for any of the two sides. Everybody that is involved in politics, especially as it is currently being played in Nigeria, wants compensation. The compensation differs from party to party, people to people. I may be looking for appointment, yours may be contract. Another person’s may be educational or financial assistance.

Before I go further, let’s ponder on this question: Does Olopoenia deserve compensation from Makinde? We may want to feign ignorance that we don’t know who Olopoeyan is. I met him once (when suspected assassins came to his house and I was called for briefing) and I have been on the phone with him on several occasions. His real name is Alhaji Muhammed AbdulRasheed Adeyemi Adebisi. I think he got the Olopoeyan because of his ability to mobilize people.

Before our first official meeting, I had lived in that area for close to three years. And you need nobody to tell you his house belongs to a big politician. Flags of PDP and Nigeria adorn the house, with the party logo inscribed on the wall. His house reminded a first visitor of Molete. On more than four occasions, I have met his loyalists slaughtering cows and rams, as the case may be, on the road. There was a barber I was close to who ‘downloaded’ who he is for me. “There is no day they don’t cook in that house. Everyday is celebration. He buys elubo, rice and others in large quantities. He rears goats and rams. And nobody comes to his house for help without getting something…” I had been told.

Before elections (2015 and 2019), Makinde was a regular guest in his house. Even when Makinde left PDP for SDP, Olopoeyan was the person holding forte for Makinde in the party. Let’s even agree that Makinde paid Olopoeyan for everything he did, does that mean he should not get any patronage from a government he helped installed?

You may want to question my rationale for intervening in a matter that doesn’t concern me. The fact is that I am a keen political observer; I follow everything, anything political. I know of some people in the Makinde administration who didn’t do one quarter of what Olopoeyan contributed. If they deserve something, Olopoeyan deserves more.

Makinde may look ‘nice’ to some people, nonetheless, his inability to manage his loyalists is a minus. Not long ago, his aide of many years, Akeem Azeez was a victim. Prof Daud Sangodoyin, who coordinated OmiTitun In Diaspora, OID, has been a victim. Adigun Ibadan was a victim. Prof Raphael Afonja was sacked, few hours after returning from COVID-19 break.

If Makinde doesn’t know, most of his aides are troubled. They are troubled because they fear they may be shown the exit door anytime they fumble. They scared to give him the right advice because they want to protect their pot of soups. It is time Makinde listened to those who are not talking. He needs to start behaving like a leader. A leader is not quick to sack erring follower; he corrects them.

Yes, the people, especially those in ‘Ibadan mainland’, like Makinde. Yes, it is the truth. They liked Ajimobi too. He performed. But he was unable to manage his APC family towards the tail end of his second term. The manner he lost Senator Olufemi Lanlehin is quite appalling; it’s only indicative of poor man management. Anyways, with Alhaji Bayo Lawal’s vituperation on Fresh FM’s Political Circuit, one may not necessarily need an oracle consultation to understand the inner workings of the Makinde kitchen cabinet. All the same, that approach may not be the best.

Some people are laughing with Makinde. They are quick to hail his policies. But deep inside of them, they are bitter. Makinde should start talking to Oloye Jumoke Akinjide, Hon. Mulikat Akande-Adeola, Engr. Femi Babalola, Olopoeyan and others. He should listen less to the political Alleluyah boys, some of who cannot deliver their wards. If it is still possible, Makinde should work on Barr. Sharafadeen Alli.

Makinde is allergic to criticisms. Close to two months ago, he exited Oyo Pol/Eco Dev. Summit Whatsapp ( comprising eminent Oyo people you can think of). Why? One of his policies was countered. On Saturday, he exited another Whatsapp group, GSM Defenders, peopled by young party supporters who daily defend his actions and inactions. That was after he had said the comment, by one of the ‘defenders,’ is ‘quite shallow.’ So it is new for him to exit Whatsapp groups where they are not praising him. He has exited PDP South West WhatsApp group.

For many months, names of people have been pencilled down for appointments but Makinde is yet to see a good day to announce them. Thursday after Thursday, these people call to ask if there is a news to that effect! It took Makinde two electoral losses, in Kogi and Ondo States, before ‘smiling’ on Oyo PDP Excos.

Makinde’s relationship with top monarchs even from his yard is not that cordial. You are going to be governor for, at most, 8 years. They will be Obas for life. We are Yorubas.

Lest I forget, Makinde should find a way of visiting former governor Rashidi Ladoja. If Makinde doesn’t know, Ladoja decided to leave the country for him. I will not say more than that because the governor has that ‘security information’.

PEN-TA-GUN is Sikiru Akinola’s weekly intervention on political events in Oyo State. He tweets @sikiruakinola86 and can be reached via sikiruakinola86@gmail.com.

NCC Advises on Automatic Updates of Antiviruses to Avoid Vulnerabilities