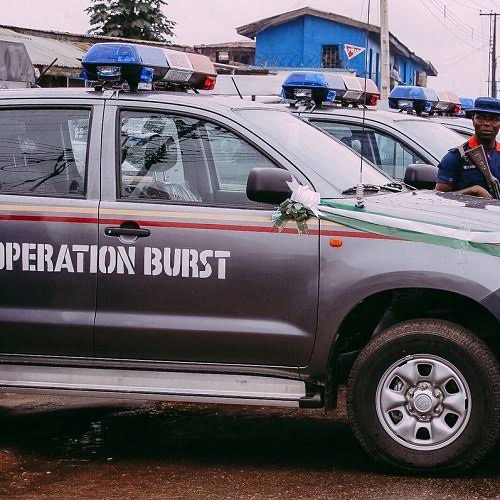 Oyo state government has pledged to ensure officials of Operation Burst, a special security unit that comprises of various law enforcement agencies in Oyo state, that have reportedly brutalized residents of Ibadan in the last few days, are brought to book.

This came following allegations that Operation Burst officials have been engaged in various acts of brutality against residents in Ibadan, the state capital.

In a video made available to OYOMIND, officials of the squad dressed in military uniform were seen flogging a woman in public for ‘indecent dressing’.

In another instance, a resident alleged that the officials shaved his head around Beere/Mapo area.

Reacting to the allegations, the Commissioner for Youth and sports, Seun Fakorede wrote: “My ears are full with news of the unlawful activities of some Soldiers of the Nigerian Army, over the weekend.

“I have immediately reached out to the Commandant of the Operation Burst and I’ve been assured that the men involved in this distasteful operation have been arrested and taken to the barracks — they will be dealt with accordingly. This will not repeat itself again in Oyo State.

“Please, kindly go about your daily business and activities without fear. Thank you.”

Recall that Governor Seyi Makinde had ordered Operation Burst officials to take over the maintenance of law and order in the state few weeks ago.

The directive by the governor was made following his decision to order police officers to stay off the EndSARS protest grounds in order to avoid any form of police brutality which was the cause of the #EndSars protests across the country.

You Have To Fight Before Projects Get Executed – Hon. Sadipe

JUST IN: Oyo Commissioner Tests Negative for COVID-19 after 46days