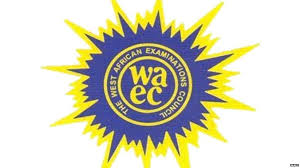 The body had given a prior notice to the results which were released in the early hours of Monday, after a long wait by candidates and parents.

The examination body broke the news on its Twitter page last night, saying that the results would be released at 10:30am.

“This is to inform candidates that sat West African Senior School Certificate Examination (WASSCE) for School Candidates, 2020 that the results of that exam will be released by WAEC tomorrow, Monday, November 2, 2020 by 10:30am,” it wrote.

OYOMIND recalls that WAEC had on September 14 disclosed that it would release candidates’ results in the next 45 days.

On October 28, the body, however, postponed the release date due to the curfew introduced in some states amid the unrests trailing the #EndSARS protests — as of then.

Several states across the country had imposed curfews of different durations to contain the crisis that broke out in the aftermath of the #EndSARS protest.

The protest, aimed at tackling police brutality in the country, had become violent after it was hijacked by hoodlums.