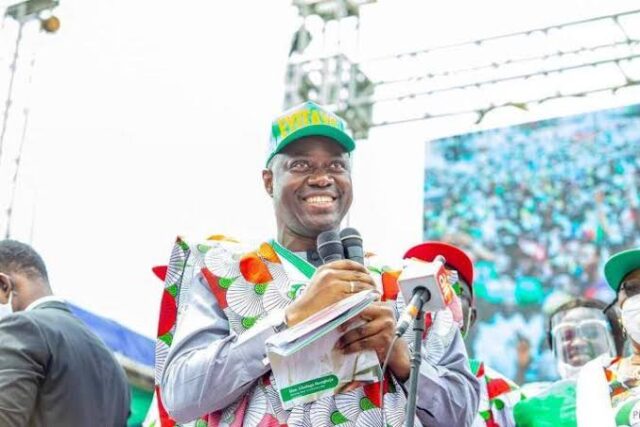 The Oyo State All Progressives Congress (APC) Professionals (APC-P), has allegedly claimed the State Governor, Engr Seyi Makinde of squandering over N500 million belonging to the State on last Saturday’s campaign rally of the People’s Democratic Party in Ondo State.

According to a statement by the group’s Chief Convener, Alhaji Adekunle Lawal, on Monday, Governor Makinde must be cautioned on the need to stop wasting the resources meant for the development of Oyo State on his desperate ambition to be Vice President in 2023.

The group assured that just the way he went to Kogi State to lavish Billions of Naira belonging to the people of Oyo State and came back empty handed, the governor will also fail in Ondo State.

They further said that the people of Oyo State are now at the receiving end of Governor Makinde’s political arrogance and desperation to build his own political empire in the Southwest and other parts of the country, which has made him to shoulder the funding of Ondo State election for the PDP alone without carrying other governors and leaders of the party along.

The group, which said that the governor talks more than what he does, insisted that apart from huge debt accumulated, there is nothing to show for his more than 15 months in office.

They claimed the governor was spending borrowed funds on his political ambition, with over N40 billion loan already taken.

Furthermore, the group made known that apart from N20 billion infrastructure loan approved in May, 2020 by the House of Assembly, the governor had obtained N10 billion Infrastructure loan; N7.6 billion Agricultural loan purportedly for the upgrade of two farm settlements in Akufo and Eruwa; and another N2.5 billion health loan. They clarified they were different from the N100 billion bond already approved by the House of Assembly.

The APC professionals, however, called on leaders of the party in Oyo State to come together in a bid to provide credible opposition to the PDP government of Governor Makinde.