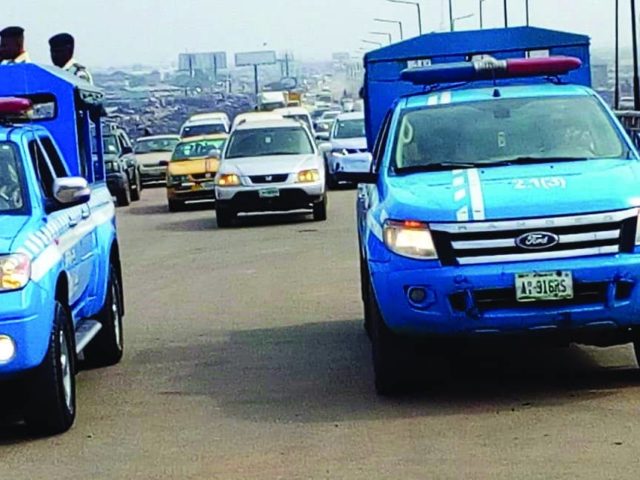 The Kara Bridge section of the Lagos-Ibadan Expressway was opened to traffic on Sunday by the Federal Government after completing repair works on a 600-metre stretch.

OYOMIND.COM.NG recalled that the section between Kana Bridge and Isheri junction inbound Lagos were partially closed on September 2, for reconstruction, resulting in traffic diversion.

The officials of Federal Ministry of Works, Power and Housing, traffic regulatory agencies and law enforcement agencies amongst others supervised the removal of barricades by construction workers.

In a slow motorcade that took off from the Kara end of the bridge, the FRSC led the vehiclea on the Lagos-bound carriageway to merge onto the Lagos traffic at the Isheri intersection on the highway.

An FRSC Assistant Corps Commander, Taofik Iyanda, expressed satisfaction at the road repair, and thanked the Federal Government and its agencies that effected the repairs.

Iyanda thereby appealed to road users to exercise caution while driving on the highway. “Motorists should not see the road as a race-course. They should exercise patience on the small segment that has been completed and opened for use.

“They should not exceed the specified speed limit.
“The road is still under construction and a lot of things will have to be put in place, so they have to be very careful and exercise patience anytime they are plying the road,’’ he advised.

He told journalists that collaboration of traffic management agencies and law enforcement agencies helped to minimise road accidents and deaths during the repair period.

I Have Cordial Relationship With My Deputy, Other Cabinet Members – Makinde