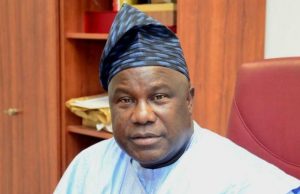 Alli described the Senator as exemplar and worthy model for the younger generations.

In a statement signed by the governorship candidate of the Zenith Labour Party (ZLP) in 2019 elections in Oyo state on Saturday, Alli lauded Senator Buhari for his service to the state, federal republic of Nigeria and humanity.

He prayed God to give the Senator sound health and continuous grace as he continues to deliver dividend of democracy to his people.

Alli said watching sound argument and comportment of the Senator at the Red Chamber proved the quality of people God bestowed Oyo state.

The Ibadan chief further urged the senator never to relent in his contributions to human and national development, adding that he has successfully written his name in gold.