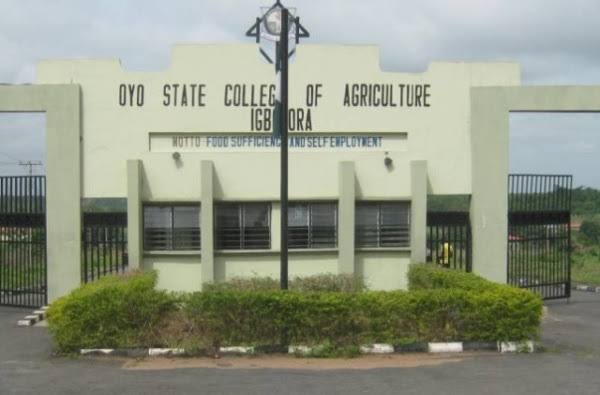 The students union government of Oyo State College of Agriculture and Technology, Igboora under the leadership of Comrade Salaudeen Hameed Olasukanmi have staged a protest against the institution management over the neglect of infrastructure on campus.

The Students Union President, who claimed that Students presently pay exorbitant tuition fees and in turn, receive poor treatment and have no amenities like water, first aid and electricity at the school, stated they are tired of suffering at the hands of negligent school authorities and hence directed all the students to vacate the premises of the institution till further notice.

The management, however, claimed that the problem is a result of the current platform named platinum which all the institutions in the state are paying into, he further explained that the President has reached out to Platinum this morning through a phone call and this spur the action that led to the shutdown of the institution.