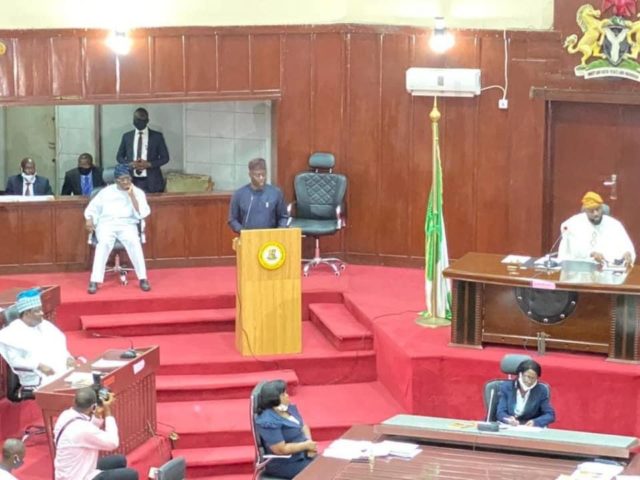 Oyo State Governor, Engineer Seyi Makinde, has commended the moves of the 9th Assembly to review the laws on rape and sexual assault.

He gave the commendation while giving the state of the state address on the commemoration of the special first year anniversary of the Oyo state House of Assembly from the 10th of June, 2020 till the 9th of June, 2020.

The Lawmakers had while presenting their motion on matters of public importance, complained of the rape cases and murders in Ibadan recently which sparked anger from youths and ordering of bush clearing in Akinyele Local Government Area of the state.

They explained the causes of rape incidents to include indecent dressing, non-knowledge of sexual education to children and the stigma rape victims suffer in the public.

While also commenting on the Covid-19 Pandemic and its effects on educational activities in the state, Governor Seyi Makinde, said the 15th of July is being projected for the re-opening of schools but that the decision will be dependent on Risk situation analysis.

He also maintained that the directives on Covid-19 Pandemic would be re-adjusted at the right time explaining that Covid-19 has greatly affected all and that steps are being taken on consideration of Science, data, and logic.

The Oyo State Governor also made it known during the address that his administration has been engaging in prompt payment of salaries and pension arrears in order to reduce the impact of the Coronavirus Pandemic, on all.

He however thanked the 9th Assembly for cooperation and support for his Administration which is resting on four pillars including Economy, Education, Healthcare, and Security.

Earlier while addressing lawmakers in the hallowed chamber, the Speaker of the Oyo state House of Assembly, Debo Ogundoyin, expressed gratitude for the commemoration of the anniversary saying the House of Assembly has brought about many unprecedented legislative achievements and innovative law-making ideas.