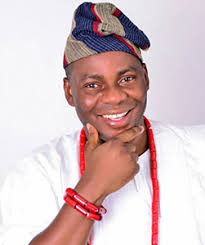 The training, organized in conjunction with the Institute of Road Transport Workers, Oyo State Chapter was aimed at producing better and cautious drivers across the State to reducing road accidents on the State’s highways.

The State Road Transport Management Authority (OYRTMA) commenced the special training session for drivers and motorists drawn across the State on Road Safety, Signs, Rules and Regulations as well as defensive driving in line with the constitutional responsibilities of the agency enshrined in the Oyo State Road Traffic Management Authority Law, 2009 in sections 16 (a, d, f, n, o, p).

The Chairman of OYRTMA, Mogaji Akin Fagbemi while addressing beneficiaries of the 1st batch of the training at the OYRTMA headquarters in Ibadan, charged them to seize the opportunity to learn as much as possible so as to be good ambassadors of the Transport Institute and that of OYRTMA.

He further implored them to put into use all lessons that would be learnt in the course of the training, saying “this training is for the benefit of all road users to be abreast of the rules and regulations guiding the usage of highways and driving in Oyo State.

“We are working to put the incidents of traffic accidents to the lowest degree and make the State a good example to others in the area of traffic regulation compliance and discipline.”

The intention to empower commercial motorists in the State was also disclosed as the government partnered with Sterling Bank Plc., to float a Micro-Bus Empowerment Scheme to further reduce the level of unemployment and poverty in the State.

Participants at the training are expected to be part of the Micro-Bus Empowerment Scheme championed by the Institute of Road Transport Workers in conjunction with Sterling Bank Plc., which would commence soon.

WOUWO Mourns, Prays For Sen. Abiola Ajimobi Over His Demise