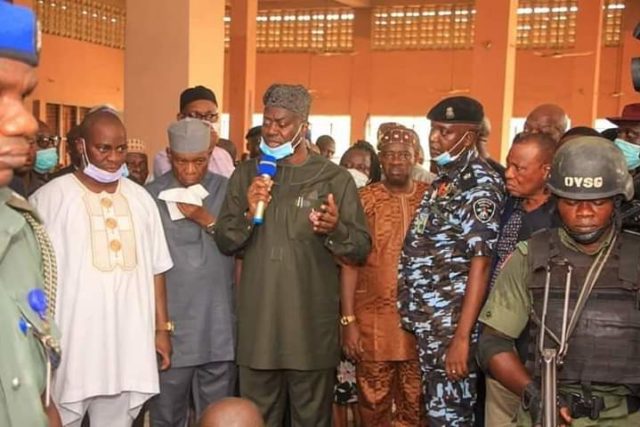 Twenty-three of the rescued inmates of the illegal Olore Correctional Center at Ibadan have been admitted at the Adeoyo State hospital in Ibadan so they could receive better health treatment before being released to their families while about hundred others have been reunited with their families.

You would recalled that OYOMIND.COM.NG reported that the notorious center was last week discovered by the State government where the inmates were rescued by security personnel, after which the State governor visited the place and ordered the demolition of the structure used for the center.

The State Commissioner for Women Affairs and Social Inclusion, Alhaja Faosat Danni stated this at the weekend while briefing newsmen on the update about the saga in her office.

Sanni said “after due profiling of the rescued inmates by the relevant State government agency and security agencies, over hundreds rescued inmates were handed over to their relatives and right individuals with an agreement not to return them to such centers again.”

She urged Parents and guardians to always seek government assistance in correcting societal ills rather than subjecting their children to the care of unregistered correctional centers.

“Cases like this and many societal ills are better handled by social workers in the ministry, parents and guardians should always consult the ministry for corrections and rehabilitation of their wards in a better way rather than subjecting them to torture,” she added.

Alhaja Sanni stressed that government has continue to ensure that adequate food, water and conveniences were provided for the evacuate-es as about 23 of them still receiving treatment at Adeoyo State hospital due to their critical conditions.

No Fatality Case Has Been Recorded in Any of Oyo State Isolation Centre –...