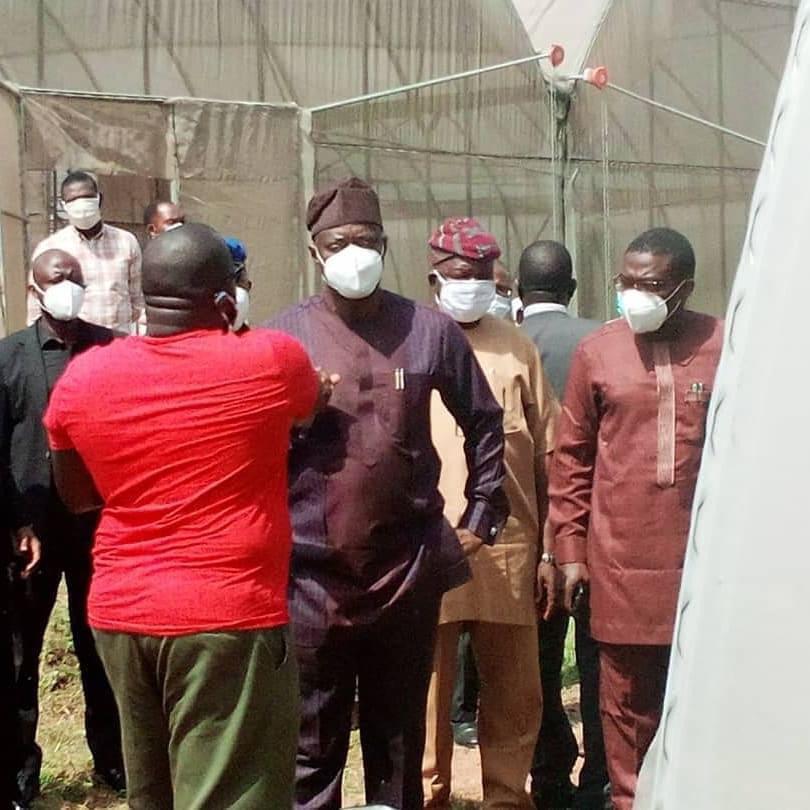 Upon the reopening of the state secretariat on Monday, 27th April 2020, Oyo State Governor, Engineer Seyi Makinde had an inspection tour to Akufo farm settlement.

Makinde during his visit hinted on the state stakeholders to transform the settlement into an agricultural estate that would positively impact the state economy.

In his statement shortly after the tour, Makinde said that the government was not relenting in aggregating all comparative advantages in agriculture to advance the state in line with the four cardinal thrusts of his government.

Governor Makinde further explained that though a private farm has been using the facility to produce tomato and pepper through a greenhouse farming approach, the state government would incorporate other stakeholders to harness benefit for the local market and export.

Amidst Crippling of Businesses Due To Covid-19, Oyo Govt. Demolishes Shops At Iwo Road