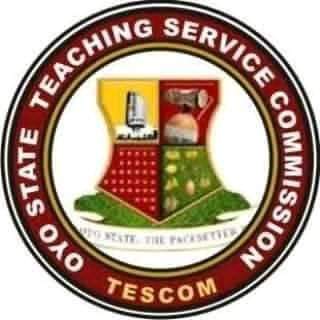 First, I want to commend Governor Seyi Makinde for deeming it fit to employ more teachers and making it absolutely free, just 9months into his adminstration after he had put a stop to PTA levy and sessional stipends introduced by the past administration.

Ever since the government made that decision to stop the #3000 payments, our schools are obviously in a state of mishap as a result of the laying off of PTA teachers who are incharge of key subjects in some schools, if not many. You will all have to agree with me that, the recruitment exercise is important and timely.

Since the announcement of the recruitment exercise by His Excellency through the Teaching Service Commission (TESCOM), thousands of unemployed graduates have been in a state of uncertainty and disarray, these helpless citizens would have the utmost pity of any eyewitness, as the helter skelter running, and the leaving of their comfort homes very early, staying under the very scorching sun and end up not getting the forms at the end of the day. This was witnessed in the first day of form collection.

It took the efforts of some innocent citizens to called the attention of the government to the fact that the 21st century employment should not be manual, hence, the manual and archaic method need to stop.

To the people’s dismay, the online portal as created by the state government for the teachers’ is a tale of twelve and half a dozen as there is no difference between the manual and the said digitalization.

And I begin to ask, who are those in charge of this recruitment? I hope we are not putting a barber in a tailor’s shop?

When it was expected that the online portal should serve as a means to ease people off stress, to enable them access the form from the comfort of their homes, fill and submit while necessary documents are attached to it.

Sadly, the provision made by the government according to the portal is that applicant can only get to download application form then still go through a rigorous process of submitting it manually to the state TESCOM office or a nearby one close to their zone. Who does that?

The state government should be bold enough to take a stand, whether to allow the masses that voted massively for them go through the archaic method or they digitalize it fully. Trying to play on the masses intelligence by asking them to download and fill form by hand is an act of betrayal and a means to showcasing how their government lacks human face.

Now, we all need to take a stand, that Oyo Teachers’ Recruitment should be applied for ONLINE only while COLLECTION of FORMS at various TESCOM offices should be BANNED or the government keeps their job.