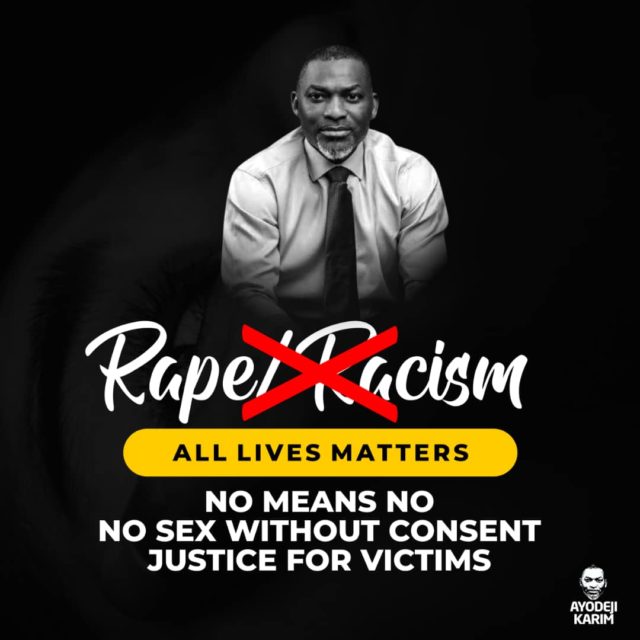 Ibadan born renowned technocrat, philanthropist and politician who was an aspirant for the gubernatorial election in Oyo State 2019 Ayodeji Ismail Karim has charged the police in Oyo State to nip it in the bud the appalling and demonic act of rape being perpetrated by yet to be identified unscrupulous elements amongst the peace loving people of Oyo state.

He described the death of the promising Grace Oshiagwu, a 21-year-old female National Diploma student of Business Administration at the Oke Ogun Polytechnic, Saki, a 19year old Barakat of the Institute of Agriculture, Research and Training, Ibadan and also a 30year old and pregnant Shomuyiwa Azeezat (a relative of Ayodeji Karim) who was gruesomely murdered recently as a wake up call to the police force in crime prevention through intelligence and swift response to cases in and around Oyo State.

He commiserates with the families during this distressed period and pray to Allah to grant them the fortitude to bear the losses while pledging to help the police in preventing crime within and around Oyo State.

He also encourages the public to be vigilant and report anything suspicious in their various environment as an additional support to the police.

Reopening of Schools in Oyo State – A Clear and Present Danger || Senator...

At 50, Mogaji Abiola Iyiola Is A Force To Reckon With