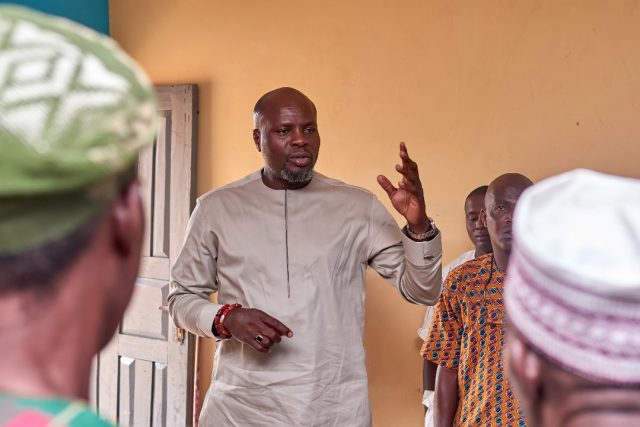 Oloye Abiola Iyiola, a prominent Ibadan born shipping magnate, with an aspiration to occupy an exalted political position in 2023, has made a fervent call to join hands with the Executive Governor of Oyo State, Engr Seyi Makinde, to rid Oyo state of the current spate of insecurities ravaging it.
Iyiola, who is also a big player in the oil and gas sector, with offices in Houston, Texas, London, UK, Sandton, South Africa, Takoradi, Ghana and Eleme Port Harcourt and Lagos both in Nigeria, made this appeal in the release made available to the press by his media office in Ibadan.

The oil magnate who was full of sadness at the disruption of peace and tranquility Ibadan in particular and Oyo state in general were known for.

In his exact words, he stated that “The conversation and argument as to whether Oyo state is going in the right direction or not and if we need a new driver to steer its ship come 2023 or not would only be possible if we still have Nigeria in general and Oyo state in particular in place by that year.”

The Ibadan born businessman, with interest spanning real estate, expressed sorrow that a state known for its uncommon hospitality and comfortability was gradually being turned to a theatre of conflicts, violence and brigandage.

In his appeal, Iyiola said, “I’m urging all the citizens of Oyo state and the political leaders to let us work together with Governor Seyi Makinde to steer our dear state away from the drumbeats of war and return it to the hitherto accommodating and peaceful atmosphere which used to blow in the state.” He reiterated that we must re-embrace our peaceful and lawful ways so we could reenact peaceful coexistence with our brothers and sisters from other parts of the country.

Iyiola bemoaned playing politics with the lives of the people as he called on politicians, regardless of political affiliations, to join voices and actions with the state government towards finding lasting and amicable solutions to the crises threatening to tear us apart, especially the farmers-herdsmen crises. He sounded a note of warning that we must not profile any tribe or ethnic group as criminals but we must do everything to condemn the activities of the criminals among the herdsmen terrorising our land.
Iyiola appreciated the efforts of the South West Governors’ Forum led by Arakunrin Rotimi Akeredolu for their concerted efforts at ridding the region of the spate of kidnapping and banditry threatening the peace of the region.

One Killed, Scores Injured As Amotekun Rescue Community from Hoodlums in Ibadan