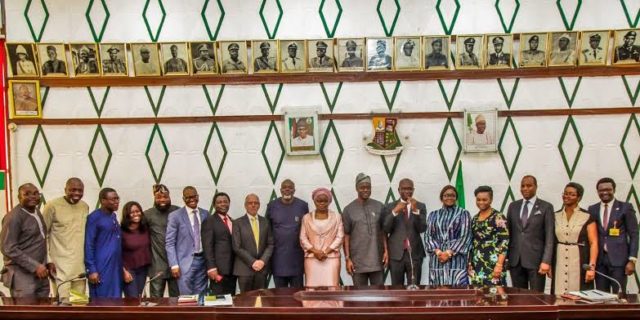 I make no apologies for highlighting some of his deficiencies so often. I am an unabashed APC member. What do you expect?

If you have followed my writing for the past 10 years or so, you should have noticed that I take no prisoners when it comes to MY OPINIONS (right or wrong) on issues of governance.

It didn’t matter to me that Ajimobi was/is leader of my own party in the state when, throughout his time in office, I held his feet to the fire in my own little way. If you know how Google works, make it your friend in verifying this. I criticized Ajimobi so much and so publicly that my friends thought I ran the risk of being expelled from the party.

But it was not personal for me, It was duty. Ajimobi was not perfect. Nobody is. Not all those criticizing government do it for pecuniary reasons. Not all of them do it for political reasons.

So, I dutifully started criticizing Makinde two months into his administration. Some folks reading this now, who, I had thought, criticized Ajimobi because they loved the state, started ‘inboxing’ me to leave Makinde alone and let him settle down first.

But I was shocked that a man that had been running for governor since before he was born would take so long (just like Buhari) to form a cabinet. And when he finally did, it consisted mostly of inept folks…just like Buhari. These friends were happy to criticize Buhari but wanted to give Makinde a pass.

Nine months came and it was clear he was more about empty propaganda that real performance. Someone appropriately coined the sobriquet “Audio Governor” for him. And it stuck.

He is now one year in the saddle, what new initiative has he started and/or completed?

To those blinded by Makinde’s real charm offensive, what are we commissioning to mark the one year anniversary of someone that branded himself as Omi Tuntun?

On-time civil servants’ salary payment? Ajimobi really caught up with that before Makinde came on board.

NURTW “peace”? There was a relative peace in the union, achieved by Ajimobi and sustained through his entire time. Makinde came, used PDP thugs to upend the peace, foment new crisis and now we have bated peace, with an explosion waiting to happen because he imposed his thugs on those who were duly elected.

Distribution of books to students? Ajimobi already ordered and paid for the books before leaving office. In fact, the books were already supplied, waiting to be distributed once students resumed.

LAUTECH? No movement on the issue. We have kicked the can down the road.

Construction of Circular road? Contract already awarded by Ajimobi. In fact, work already started under Ajimobi. Makinde, ill-advise first stopped the project, but had to back pedal when the contractor threatened to sue for defamation.

Debt profile? He has borrowed no less than N30 billion since taking over without evidence of any particular thing done with it. And this is on top of the debt he inherited on which he has not voluntarily paid a single kobo apart from what the FG statutorily deducts every months.

Internally Generated Revenue increase? For where? He has no guts to do the needful. He is talking aspirations…theories…when he is the man on the saddle. He doesn’t want to offend anyone. Yet, a leader who is afraid of not offending anyone will not be leader for long.

Construction of Moniya-Iseyin road? Contract already awarded by Ajimobi and contractor already moved to site before Makinde, in a bid to give “food” to his own people, re-awarded the contract.

COVID-19? That’s more like an albatross on Makinde’s neck given the irresponsible role he played by hosting a rally in the middle of the pandemic. We do not yet know the extent of infection in the state because our testing rate is still very, very poor.

Fire Engines? When we had a fire outbreak in Akesan market, Oyo, in January, Makinde flew to Turkey (a whole governor!) to PERSONALLY inspect and supervise the purchase of 10 fire fighting trucks. Turkey? Turkey? It’s been five months and those trucks have not arrived. If they were driving them in from Ankara, they should have been here by now. Last month we had another bad fire at Dugbe, in Ibadan, the fire engine that first arrived belonged to the Central Bank, Ibadan. The state’s fire truck that responded was one of those that predated Makinde. So, what happened to the 10 “new” (hopefully) ones that we went to buy in Turkey?

Hospitals? He has not hired a single new medical doctor, a single new nurse, a single new pharmacist, let alone build a new hospital or village health center since coming to power.

So, what are we commissioning in Oyo state this month?