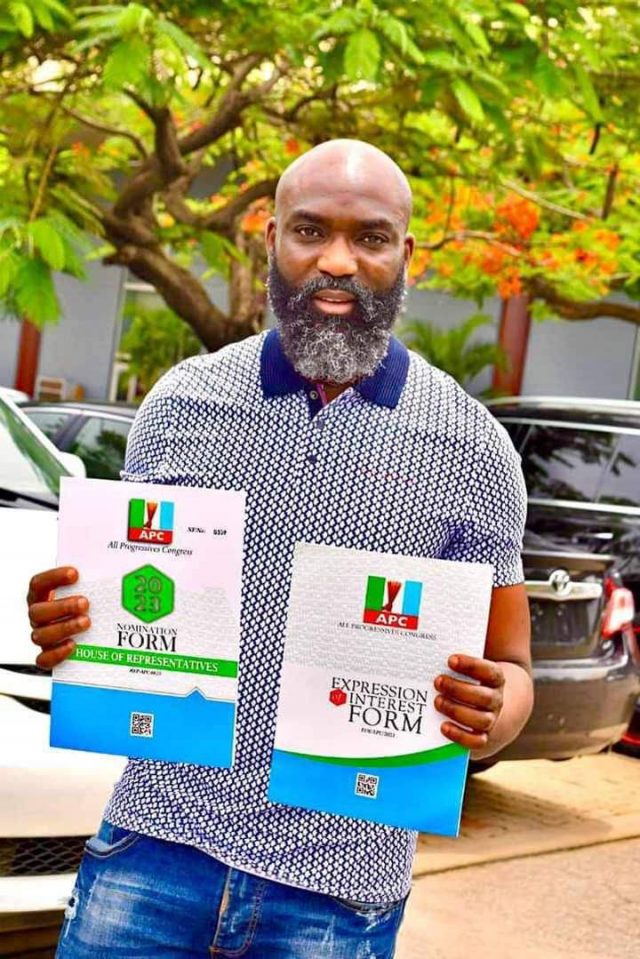 Hon Ayoade Rasheed Adegboyega (ARA), a staunch member of the All Progressives Congress (APC) and House of Representatives hopeful, has obtained the expression of interest/nomination forms in readiness for the party’s primaries slated to hold in May. The forms were picked by Hon. Ayoade Rasheed Adegboyega at the party National Secretariat in Abuja accompanied by his teeming supporters.

The Aspirant of All Progressives Congress (APC) in the 2019 general election, Hon Ayoade Rasheed Adegboyega who succumbed to the pressure of the party leadership then in 2019 to allow another aspirant to contest has again declared his intention to contest the position of House of Representatives, Oluyole federal constituency under the platform of All Progressives Congress (APC) in 2023. He made this known shortly after picking up his nomination form at the National Secretariat of the party in Abuja.

While addressing the journalists after picking up the nomination form, the Philanthropist expressed his desires to represent the Indigenes and residents of Oluyole Federal Constituency.

He said, “I greatly appreciate the immense love you showered on me during the last election till date. Your encouragement is power to my elbows, and you are the wind beneath my wings. Your overwhelming support played a huge role in giving me the nudge I needed to take this bold step. It is for this reason that I have decided to make it official.

He opined that, “I believe strongly in the old saying that “The best way to predict the future is to create it”. I have come with my sleeves rolled up, ready to work hand in hand with you, to create a future we will all be proud of. With your support, I hereby submit myself to serve you..