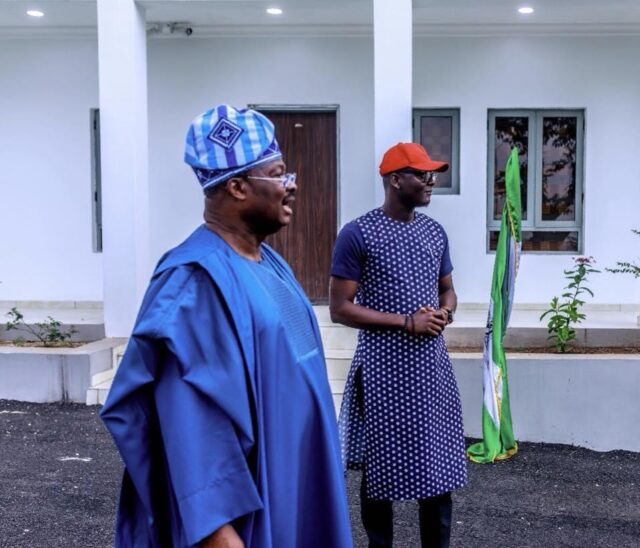 Babajide Fadoju, Ajimobi’s Special Adviser on Media, has put up words to pay tribute to his late boss.

According to him, “some situations warrant silence – an unbreakable, elongated kind of silence. One that should never be broken ever!”

Describing the death of his boss, Fadoju said, “the death of a father, a teacher – one who held my hand and shared himself with me is such an unimaginable loss.”

Speaking on the lifestyle of his boss, he said, “Ajimobi didn’t have to know you, have an affiliation with you to lift you. All you had to do was be who you say you are and improve daily.

Fadoju made known that the interview he had for appointment was the first invitation for him to embrace Ajimobi for his personality.

He said, “Oga died a fulfilled man. Much more, he lived a fufilled life – one worthy of all emulation.”

Babajide Fadoju described Ajimobi as a mortal, like those who would say unpleasant things about him, but was as soft as hearts, reiterating that he would not condone inefficiency.

“He covered his softness with a lot of ‘first attacks’ to test your resolve. We loved it. It always ended with jokes and sometimes dinner.” He said.

“The good that men do live after them. This is sure. Your death, sir is a painful pill to swallow but we take solace in the fact that you lived a good life and a befitting hereafter awaits you.

IPPIS: Our Lecturers Should Not Be Starved | Adisa Muhammed