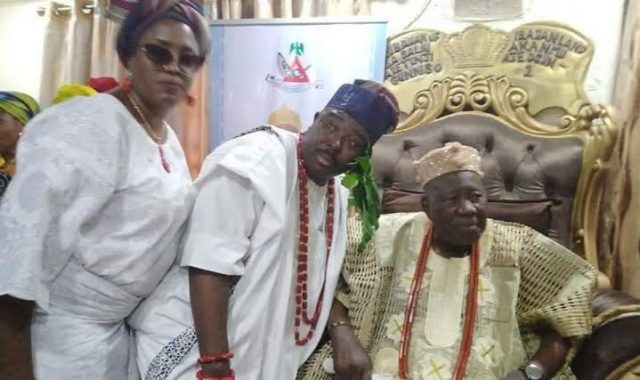 Alli who described the Olubadan as a highly detribalised traditional ruler commended the monarch for his role in ensuring that peace returns to Shasa market after clash between two groups in the market.

He urged His Imperial Majesty to sustain his patriotic efforts aimed at promoting peace and unity not only in Ibadan land but in the entire Yoruba land.

The former chief of staff to a former governor of the state, Senator Rasidi Ladoja wished the traditional ruler long life and wisdom as he steers the affairs of Ibadan land.

“I join family, friends, traditional institution and the good people of Ibadan land to celebrate our father, Oba Saliu Akanmu Adetunji, Aje Ogungunniso 1 as he clocks 5 years on the revered stool of his forefathers.

“Kabiyesi has over the years, sustained his goodwill and pedigree, in view of his extraordinary leadership style and passion for the welfare of his subjects.

“He has over the five years used his position to advance the cause of his people.

UI Ranks Best in West Africa, Features Among Top 500 Universities in the World