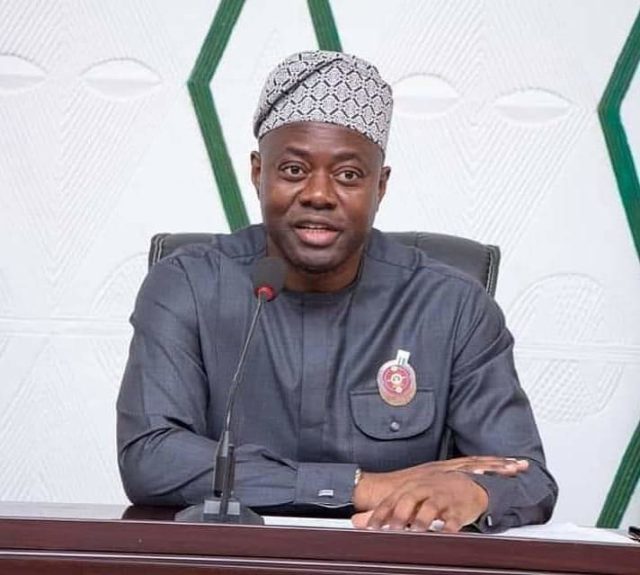 Governor Seyi Makinde of Oyo State on Tuesday donated cash relief worth of Ten Million Naira to those that were affected by the fire incident that occurred at the Moniya market.

This is with respect to the promise made when he inspected the scene of the incident a few weeks ago.

The Chairman Akinyele Local Government, Hon. Tailored Adedigba Jimoh while distributing the cash relief expressed his appreciation to the governor for his humanitarian gesture towards the people of his local government. He said the money had been channeled to the victims based on the losses of each individual. He also appreciated Makinde for the food palliatives recently distributed by the governor in Akinyele local government. He prayed that Almighty God continues to guide him right.

The babaloja of Akinyele Local Government; Alh. Basiru Adegbenle, the Baale Oja of the oja-age market; Alh Maroof Akintola and all the beneficiaries of the cash relief acknowledged the governor’s gesture towards them, most especially the quick response of the relief materials and prayed for God’s protection over the governor and his family.

They appreciated the chairman for following in the footsteps of the governor by distributing the cash as received.

BREAKING: FG lifts ban on religious gatherings Across The Country