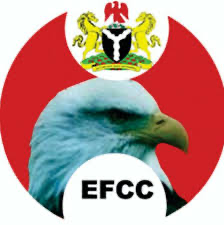 Two lovers have been re-arraigned by the Ibadan zonal office of the Economic and Financial Crimes Commission, EFCC, on Wednesday, September 16, 2020.

Alice Peace John, alongside her boyfriend, Fadi Alloush were presented before Justice Bayo Taiwo of the Oyo State High Court, Ibadan for fraud in the sale of charcoal- an offence which is contrary to Section 390 of the Criminal Code Laws, Cap 38, Laws of Oyo State.

The duo were dragged to the court on three-count charges of conspiracy, stealing and obtaining the sum of N17, 500, 000.00 (Seventeen Million, Five Hundred Thousand Naira only) under false pretences.

According to one of the charges, “That you Fadi Alloush and Alice Peace John between the 18th October, 2019 and 23rd December, 2019 at Ibadan, within Ibadan Judicial Division of this honourable court, did commit an illegal act to wit: stealing of the sum of N17,500,000 (Seventeen Million and Five Hundred Thousand Naira only) , property of Coco-Dor Nigeria Limited and Houssam Nasreddine.”

The defendants pleaded not guilty to the charges, following which prosecution counsel, Dr. Ben Ubi, applied for a trial date, while defence counsel, Olukunle Kamisi prayed the court to allow the bail earlier granted the defendants subsist.

According to the judge, “The bail shall subsist and that in the event where there is delay on the defendants’ part, their bail will be revoked.” After which he adjourned the case till October 8, 2020 for trial.

The defendants’ journey to the dock stretched from January to December 2019, when the victim, Houssam Nasreddine transferred a total sum of N17, 500, 000.00 to the account of the first defendant, John, for the purchase of charcoal from Iwere lle, Oyo State for export, which the defendant bought and loaded in containers at the Hapag LLOYD Shipping Company, Apapa, Lagos for exportation, but rather than sell the goods in the name of the rightful owner, she allegedly connived with her boyfriend, Alloush and transferred the ownership of the goods and sold them off.

The petitioner added that all efforts he made to retrieve either the charcoal or his money were frustrated by the defendants.

The defendants were therefore arraigned before Justice Iyabo Yerima of the Oyo State High Court on March 17, 2020 but had to be re-arraigned on Wednesday following the reassignment of the case to Justice Taiwo.