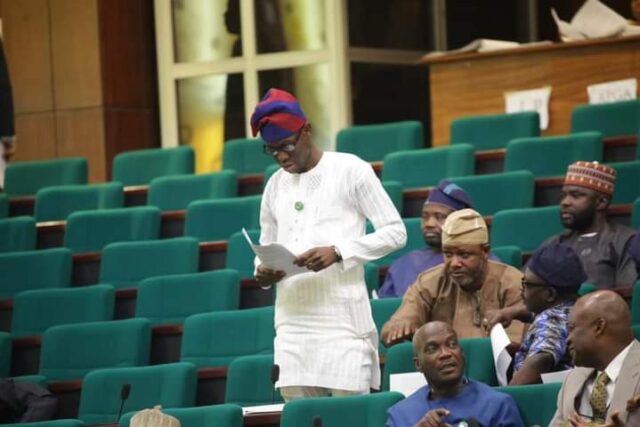 A former member of the House of Representatives, Honourable Dapo Lam Adesina has implored leaders in the country to listen to the yearnings of the citizens over the call to end the activities of the Special Anti Robbery Squad (SARS) and other anti people’s policies of the government.

The former lawmaker through his social media handle expressed that the ongoing protest is far beyond brutality on citizens but a signal that people have been pushed to the wall and are demanding accountability from those they elected.

According to him, “The #endsars is not a fight against police as even the officers of the Nigeria Police will benefit from one of the demands (which is salary).

“The ongoing protest is not only about the brutality of citizens by those who are paid to protect them but it is obvious that the people have been pushed to the wall and are demanding accountability from those they elect/elected.

“This can be said to be a judgement on the political class which I am also a part of (TRUTH BE SAID).

“I implore/appeal to the present crop of leaders to wake up to the call by the citizens and look at the plight of the people while also showing empathy to the economical challenges the people are facing at this critical time.

“The #endsars is not a fight against the police as even the officers of the Nigeria Police will benefit from one of the demands (which is Salary increase).

“Hence police officers should not kill those asking for things they will benefit from as well. Citizens should also please not harm/hurt police officers too as they are also part of us.

“A government will always try its best as the present one is doing but the people are saying they want more. It is a call to leaders to sit up and save the ailing nation.

“The government must never allow this present uproar to get out of hand as it would obviously not be the best for our dear nation.

“This should not be about political, ethnic, or religious affiliation/belief but at this point, we must all stand up for our future and that our dear nation.