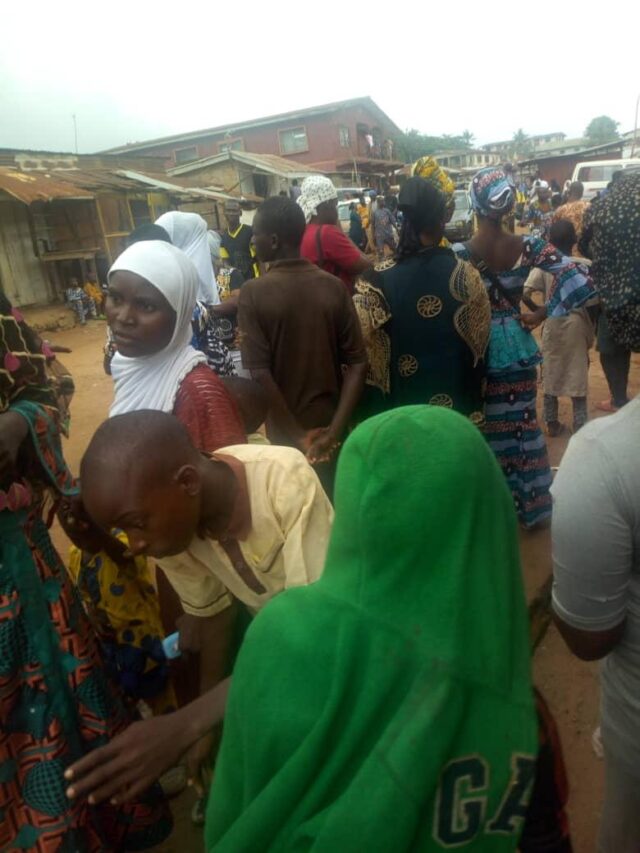 A woman (name yet to be confirmed) but popularly called ‘Iya Islamiya’ has been macheted to death by unknown men in Ajibade at Sasa-Akingbile, Akinyele Local Government Area of Oyo State.

The deceased, who work from home together with her husband as a dry cleaner was attacked at the early hours of Wednesday by some assailants who macheted her on her head.

Efforts by her husband to rescue her proved abortive as she gave up the ghost on getting to the hospital.

At the scene, men of the Nigeria Police Force have arrested five suspects, three guys and two ladies due to their appearances and mode of dressings.