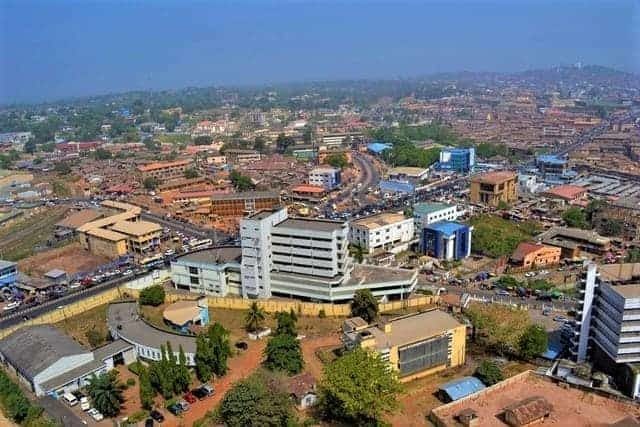 “I saw something else under the sun: The race is not to the swift, nor the battle to the strong; neither is the bread to the wise, nor the wealth to the intelligent, nor the favour to the skillful; rather, time and chance happen to all” – Ecclesiastics 9-11

Year 2011 was the year time and chance happened to Oyo state and Ibadan in particular. Senator Abiola Ajimobi had just been elected the Governor of the state. Oyo State being one of the oldest in Nigeria and Ibadan the capital of the old western region when regional government was practiced in Nigeria. With a population of over 6 million, it is the third most populous city in Nigeria after Lagos and Kano; it is the country’s largest city by geographical area.

Armed with his RTR (Restoration- Transformation and Repositioning) mantra, Abiola Ajimobi’s resolve to restore the lost value and position of the state before transforming the state was not in doubt. He was elected to rescue the state from the quagmire of environmental degradation, underdevelopment, bleak future and wide spread insecurity.

Hardly had he settled that the enormity of what he has to do starred him and the populace in the face. Catastrophe struck. Landlords became homeless. Children lost parents. Ibadan has a long history of flooding disasters that of 2011 was of a magnitude higher than expectations. A 119mm rain that fell for over 5hours. This led to overflow of Eleyele reservoir and caused damage and destruction to critical infrastructures and buildings, and the loss of lives of hundreds of citizens.

The enormity of the flooding threw every plan afoot and called for total rejig of the old method. It called into question how it escaped the attention of the older governments planning of the city. Till that time, urbanization of Ibadan largely has been un-planned with the city not benefiting from a development plan. That especially has been the reason for the several challenges faced by the city, especially to flooding.

For such to be a thing of the past, the government involved every stakeholder. The government made Consultations, meetings with individuals, corporate organizations and professional bodies. This led to a a request for technical and financial support from the World Bank Group to build back better the damaged infrastructure and to enhance the city’s resilience to flooding. The result was The Ibadan Master Plan.

The Ibadan Urban Flood Management Project (IUFMP) was birthed, a $200 million project from the International Development Association (IDA). The key components of the project were financing a series of strategic studies;
(i) the city masterplan,
(ii) a solid waste management masterplan, and
(iii) a flood risk management and drainage masterplan.

The three-in-one masterplans gave the government a wealth of data-rich tools assisted in decision making and enhanced the resilience of the city to become more a anaanann a sustainable and prosperous city for all citizens.

I- THE CITY MASTERPLAN
After the series of flood in the city especially The Omiyale flood of the 80s, the need for a conscious and concerted effort toward re-engineering of the city has been as glaring as broad daylight. It was on that urgent basis that all the roads and bridges affected by the 2011 flood were awarded, speedily done, and delivered. Restoration Bridge of Bodija connects the business side of the city. Airgun Bridge became motor-able despite ongoing work till 2019, so also was Apete Bridge. Double lane roads were awarded and completed at the specified period. These were done to open up the city to the 21st-century transport sector and planning.

II – SOLID WASTE MANAGEMENT MASTERPLAN
Ibadan and indeed Oyo state before the coming of Senator Abiola Ajimobi ranked top among the dirty states in the country. With greater populations mostly resort to sporadic and indiscriminate dumping of their waste into available plots of land, sidewalks, roadways, streams, channels, and drainage areas. A visitor to the ancient city is greeted by the entrance with hips of dirt in markets, road medians, and other public places. This poor and negligent attitude to waste management resulted in clogging of the drainage system and has been an issue in Ibadan as this exacerbates health hazards during flooding.

In the bid to rid the state of this dirt and turn it to wealth, the Oyo state government swung into action, organized various stakeholders’ workshops and seminars. This resulted in a comprehensive government policy on the environment. Oyo State Waste Management Authority was revamped. Armed with equipment and necessary laws, it has the responsibility of coordinating waste collection, transportation, and disposal in all the areas. The waste collection methods depended on the ease of accessibility of motorized vehicles. The state government had engaged 20,000 youths in a Youth Empowerment Scheme (YES-O), part of these Cadets served in the environment ministry, and worked with the waste management authority to monitor compliance in public places.

With the Ibadan Masterplan, the Abiola Ajimobi administration started with a robust policy that birthed many sub-policies that gave Oyo state a foundation found wanting for decades. This explains why he earned himself the architect of modern Oyo State. A road map that won many national and international awards for the state.

We Will Roll Out Palliatives Within A Week, Make Wearing of Masks Compulsory –...