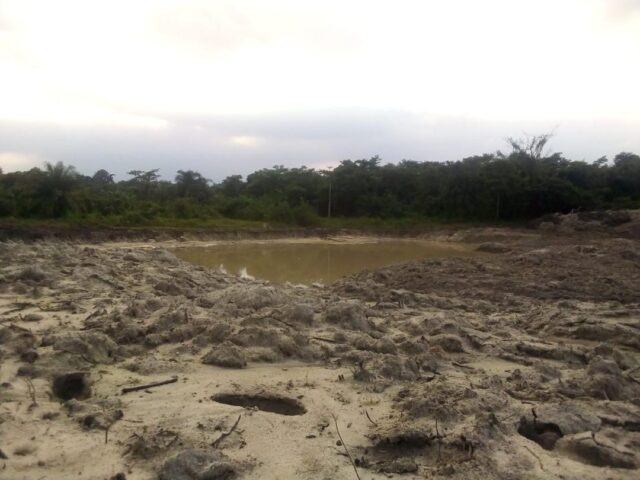 Prominent for its rusted brown roofs and famous hills, Ibadan, the largest city in west Africa is known for a lot of firsts. University. Stadium. Others. But a beach has never really been a likely project in the city for natural and obvious reasons – the city has no ocean. But for the first time ever, against all odds, this is set to change.

Located on over 300 hectares of land, the present day Ilaji farm and resort centre used to be a jungle known as Oloyo village. It was home to a couple of hamlets and farming communities located on the extreme end of the ancient city. But since the creation of Ilaji farms and resort centre about three years ago, gradually, the jungle is transforming not only to an economic hub but also taking the shape of an Eldorado.

Since the resort was opened, various additions had been made and one of the latest, which is set to transform the resort and the capital city in an unprecedented way, is the artificial beach under construction.

According to OYOINSIGHT.COM during a visit to the site of the beach on Monday, the construction had reached advanced stage. “It will be completed in less than a year,” an excited worker said.

It was further learnt that in order to accommodate the ever-increasing guests in the centre and equip it adequately for guests that will visit the beach once completed, a new hotel building will be located behind it – beach hotel.

Another construction worker at the site who did not state his name, revealed that the beach is “almost fully ready”. He explained that the major part of the site work had been completed. “Infact it has been fully dug and the beach sand is right there already. They just need to bring in sea sand and some other things,” he said.

“As we continue, the plan will manifest. You will see Dubai and China right here in Ibadan. In fact, it is here already; you just have to wait a little bit to see it,” said another man.

The golf course on the centre which is set to become only the third in the city had been completed. This mini golf course was designed to showcase the cultural heritage of the six south west states.

“It is a mini golf course that showcases the cultural heritage of the south western states map and their insigna,”

Just beside the golf course is a water fountain equipped with an automatic system to play music from underneath.

The VIP lounge of the facility had also been completed and is currently being set up when this newspaper visited. “It will be ready in four weeks,” said one of the workers.

The sports complex on the facility is now a beehive of activities as a store where various sports materials like shoes and boots are available for sale is now open to the public.

“What we are building here is a one-stop hospitality center.”

Auxiliary Reign of Terro: Before It Is Too Late To Cry || Ismaila Ashipa