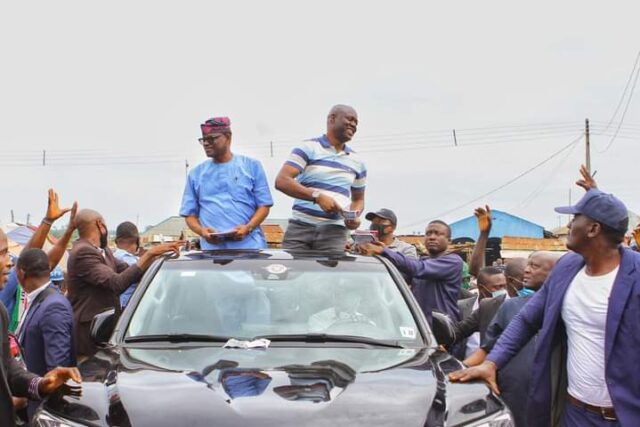 Makinde, who spoke during a press briefing in Akure on Thursday said Prof. Ogunbodede was a known ally of the state governor, Oluwarotimi Akeredolu and that they both hail from Owo town.

Ogunbodede who was appointed by the Independent National Electoral Commission is the Vice Chancellor of Obafemi Awolowo University, Ile-Ife, Osub State.

According to Makinde, the people of Ondo State would not be getting free and fair elections with the present composition of the Independent National Electoral Commission (INEC).

Makinde, who insisted that Prof. Ogunbodede would not be a fair party in the proceedings by virtue of his association with Akeredolu called on INEC to immediately replace him.

The PDP National Campaign Chairman said Deputy Vice Chancellor (Academic) of OAU, Prof.A S Bamire, who conducted the training for Returning Officers was not a neutral person for the purpose of Saturday’s election.

He threatened that anybody that attempted to rig Saturday’s election would be reported to the international community, noting that the reason for crying out was because once the Returning Officer made a pronouncement, it would resort to going to the tribunal.

“Why did INEC bring somebody from Owo? Why go to OAU? Are there not other universities? We don’t want Ondo people to be cheated.

PDP: Makinde Taking Us as Enemies Over our Truth – Olopoeniyan Tells Oyinlola