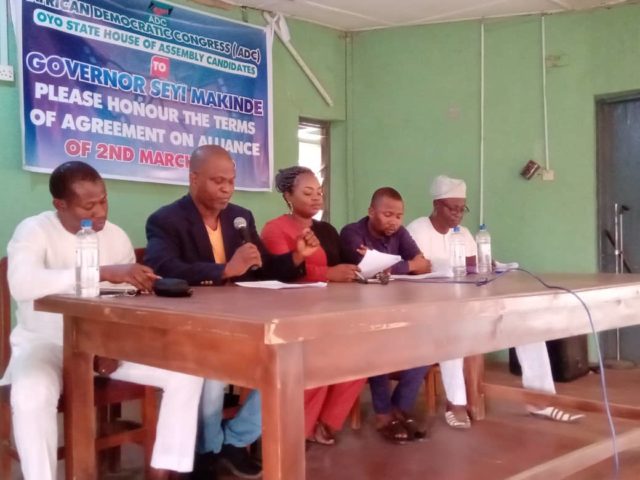 The House of Assembly Candidates under the platform of African Democratic Congress (ADC) in the 2019 general election has called on Oyo State Governor, Engr Seyi Makinde to fulfil his promises made to the party during the coalition process.

This statement was made at the press conference held on Tuesday at the NUJ Press Center, Iyaganku, Ibadan.

Oyomind.com.ng recalled that prior to the 2019 gubernatorial election, ADC among other political parties agreed to support the candidacy of Engr Makinde of the People’s Democratic Party (PDP).

Upon his emergence, there has been allegation from different quarters that the governor never fulfilled the coalition promises he made.

PRESS RELEASE FROM THE AFRICAN DEMOCRATIC CONGRESS (ADC) HOUSE OF ASSEMBLY CANDIDATES DURING THE 2019 GENERAL ELECTION ON THE DELAY BY GOVERNOR SEYI MAKINDE TO HONOUR THE TERMS OF THE ALLIANCE AND COALITION AGREEMENT WHICH BROUGHT HIM TO OFFICE.

We represent the African Democratic Congress (ADC) Candidates of the House of Assembly at the 2019 gubernatorial and house of assembly election in Oyo State.

We want to say unequivocally that we remain loyal members of the African Democratic Congress in Oyo State.

We also want to re-affirm our loyalty to the Leadership of Senator Olufemi Solagbade Lanlehin (SOLAN) the Governorship Candidate of African Democratic Congress Oyo State at the 2019 general election who along with other gubernatorial candidates freely and willingly relinquished their gubernatorial ambitions for Engineer Seyi Makinde of the Peoples Democratic Party and worked together in defeating the ruling APC Candidate.

It is of important note therefore to remind us that the alliance of the 2nd March, 2019 was the master stroke that changed the calculus of the political landscape in Oyo State which gave the four parties the deserving victory that threw up Engineer Seyi Makinde to becoming the Oyo State Governor.

There were terms of agreement to the alliance of 2nd March, 2019 with a sharing formula of political appointments across board. All the coalition parties agreed to the terms without any reservations.

As the House of Assembly Candidates of the African Democratic Congress, ADC, which elections ran concurrently with that of the governorship elections the same day, we thus became eventually, the direct casualties and sacrificial lambs of the alliance as all the 32 seats of the House of Assembly went along the coalition governorship candidacy of Engineer Seyi Makinde. This was the same scenario with all other house of assembly candidates from the coalition parties.

It is also important to stress that we did not request for and were not given any financial compensation before consenting to the terms of alliance as we were repeatedly assured that we shall be the first consideration for political appointments. These assurances were also reemphasized with us by the governor during his Thank You visit to Senator Lanlehin residence.

On a very sad note however, we regret to announce that almost nine months into this government till date, Engineer Seyi Makinde HAS NOT FULFILLED ANY OF THE AGREEMENT REACHED BETWEEN OUR PRINCIPAL, SENATOR OLUFEMI LANLEHIN AND HIMSELF.

As a man of honor that our governor, Engineer Oluseyi Makinde is known to be and as a God fearing Christian, as assumed, we hereby call on His Excellency, Governor Oluseyi Makinde to, as a matter of importance and urgency, redeem his promises according to the terms of agreement with Senator Olufemi Lanlehin.

The body language of the governor is that of abandonment to fulfilling his own part of the agreement despite that we have staked everything possible to his electoral victory at the polls. That victory was our joint efforts and the terms of the promises must be fulfilled without further delay.

We have sacrificed so much than to be abandoned, used and dumped, ignored or treated in this manner. We should be setting good precedence, as we did in the last election, for other states to follow in similar circumstances.

Justice delayed, as they say, is justice denied.

While wishing the Governor Seyi Makinde led administration successful tenure, we pray that God will give him the courage to do justice without further delay. 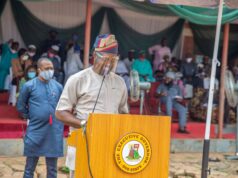 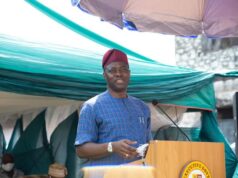 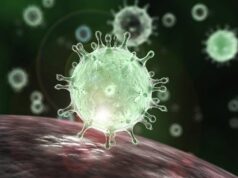 Ex-Finance Commissioner Hangout With Youths In Ibadan, Reveal His Empowerment Plans For Youths