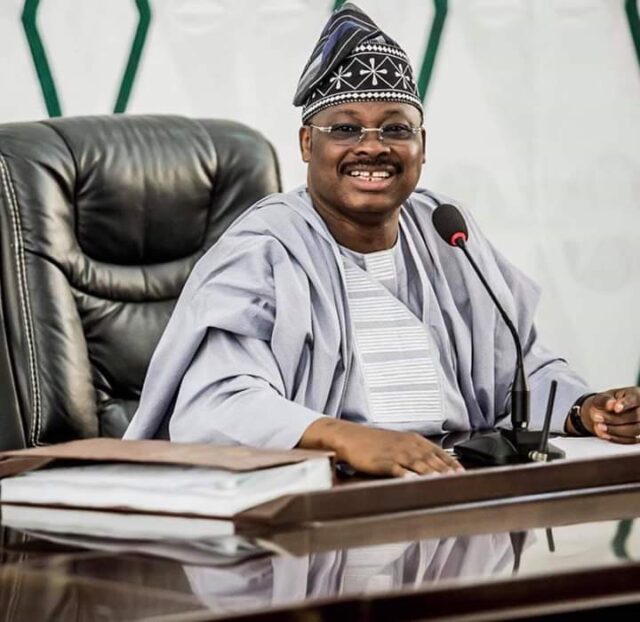 Former Chairman, Association of Local Government of Nigeria (ALGON), Oyo State Chapter, Hon. Yekeen Popoola has commiserated with the family of Senator Abiola Ajimobi over the death of the former Governor.

Popoola, who on behalf of ‘Koseleri Mandate Group’, a group of caretaker chairmen that worked tirelessly for the re-election of Governor Ajimobi in 2015 described him as an achiever who has raised the bar of governance in the state higher than he met it.

He said “The death of His Excellency, Former Governor Abiola Ajimobi came as a rude shock to all of us. We were all hoping that he steps back to his feet forgetting that man only proposes.

“We all can attest to the fact that he is a performer, transformer, and an architect of modern Oyo State. We have indeed lost a gem.

“We condole his family, the All Progressive Congress (APC) and the Nation at large on death and that God grant us the fortitude to bear this great loss.

“May Almighty God grant him eternal rest, forgive his shortcomings and grant him Aljanah Firdaus”

OPINION: Against The Backdrop Of Political Affiliations, Criticisms May Build Seyi Makinde’s | Babatunde...

Oyo State Government: In People’s Trust and Synergy to Fight Spreading of COVID-19