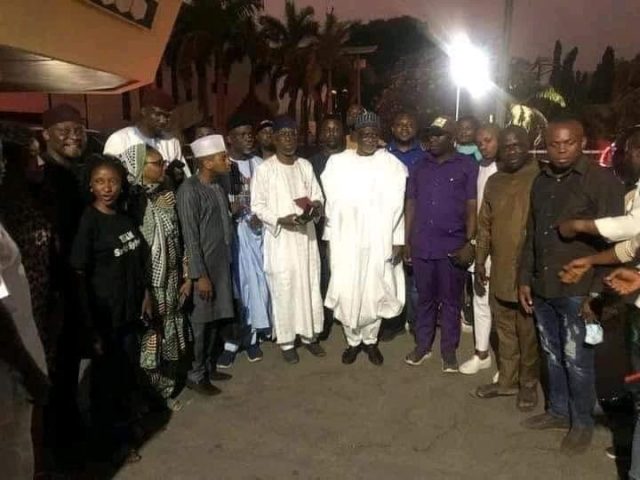 Classes, needless to say curtly ended without doubt. It was all a matter of time. ASUU downing tools as a syndicate was predictable. ASUU gesticulations were audible and loud enough to be heard. But ASUU to one side, education as a social construct in Nigeria has been taking a threatening shape into the future – a shape of deformity impassive in public concern. Yet, this is without effort of concern to forestall and revamp the educational system by its major stakeholders. Education wriggles it edge. Counter-enlightenment is at chest with the distinct, self-conscious, wide array role of education; which is to search for truth, prepare and impact people in and for life. These threats have induced enough messages to foretell that at the slightest prompting and elasticity, an unimaginable thrust back is a foreseeable bet. A Government is irresponsible to prompting education, the educational structure is as illiberal and corrupt, an analogue curriculum delights lecture, impractical classes, decrepit learning condition et el. Students are schooling in debt, graduating debt-free is becoming loose and decimating. Some are unwilling but will be forced to reconsider finishing their first degree. To dare graduating, the system is on the brink of costing an arm, a leg and one’s moral sense of right and wrong. ASUU voice came from a cardinal locus, hold up on facts and reality.

Name of lecturer withhold, my final class ended as ASUU strike resolution well-lit, but with passive response from the class. All classes at the University of Ibadan dropped wing like an album. Dr. Lecturer intercepted lecture that day agonizing how dusty Nigeria deprave leadership is. During that last supper of lecture, palpitation increased. Strike de-encrypted into something spiraling. The Nigerian Public Educational system introduced itself to us as recent students of the academia. Not only would the strike expose students to the weather of ‘Nigerianness’ as it pushes us outside classrooms, it also laid bare the currency of the Nigerian Students fate. It exposed the falsehood and utterly state of discontent of our students’ force at the University of Ibadan – a place of primary concern, among others.

The leadership of the UI Students’ Union, meant to represent the collective interest of students, for the record had no logical quantity on the continuous downplay of education and the Federal Government’s slap-happy attitude with underfunding. With the nonchalant effort to cut down education and the respect for its relevance, one would think an amiable structure like the students union would consider addressing the lamentable problem as an institution and the decay as a system. The University went bleaker as a picture with reality dawning on the students’ populace. Inaction became a policy choice for the students’ union. The Students Union had willful ignorance. The P.R.O was rather too busy to define the Union stance and align the students’ community on an ideological font. The Public Relation Officer is untaught about public relation, which is to maintain public influence of perception and communication management in a dire situation where academic staff have downed tools against the interest of the students community. The Students’ Union could have simply demanded keystones to unlock the vice grip of the Government’s touch of deceit and depth of decadence on education. I But the University of Ibadan students’ Union would say that it responded to the strike flight. No one knows how. The Union in another reversal could tomorrow tell you that they have been in support of ASUU, but away from public knowledge. Don’t even say, ‘and so?’

The need to reopen the University does not come with distant explanation. I won’t beg for reopening. One should not beg a responsible Government to take the Education system serious. Pleading with the Government to do the needful has been ignored severally. But there must be reasons or excuses for the Government’s offhand attitude since 2009. As students primarily concerned, insistence for adequate funding as a demand is the only recourse. The voice and face of the Nigerian students’ movement must demand that ASUU and the FG reach a truce of implementation. The demand to reach and implement compromise and to effect financial responsibility is sacrosanct.

Education is never a foot mat of investment; it requires continuous sequence of wholehearted attitude. Students must call for proper-funding, without which ASUU endgame action would continually trail the hand of time. Emerging comments imploring ASUU to change its grandstanding of taking industrial action are becoming ten a penny, to nicely describe them as increasing in numbers. ASUU is being advised to change its tactics, to avoid public abhor of ASUU as a workers’ union. But with or without ASUU, it would only still take a short while for public education to go headlong and fall from its heap.

The way out of ASUU strike is possible but it is an uphill that demand stolid attention. The Federal government must inject fund to revitalize public universities, and not paying earned allowances only as Ngige said. The Federal Government must stop backtracking on its promises and responsibilities. The FG must increase its educational budget. The FG must give capital expenditure, recurrent spending, and supplying grant and subsidies the sizable attention. With the 1977 abolition of tuition fee in Nigeria federal universities, public education will continue to be a social service of concern for the FG. The FG must not excuse itself by denying that the state does not have enough pool of resources. There will never be enough resources when the FG non-genuinely does not address both the level of impunity with which public officials fritter funds or the failure of the Anti-graft agencies to check siphoned menace. Since reopening our academic institutions that have been locked out of use is a non-negotiable clamour, asserting that the economy is frail is not excusable. The Government is known to be such that recommences carefree commitment. The Nigerian economy that did not collapse when an estimated $1.4 billion in cash was stolen by General Abacha, that did not also fall to convulsion when those involved in Nigeria Oil and Gas financial concession of oil wells gulped $20 billion of oil revenues; will not voluntarily contract into collapse when the call is for Government to supply pecuniary resources to the Nigerian education system.

NANS PROTEST AND THE MINISTER OF EDUCATION

Among highlights from the February 28th protest convened by NANS as the apex students’ body in the country, as recognized by the FG, Adamu Adamu walked out of the dialogue. That stalemate of walk out was an insult. But that is not really the issue here. I’m rather taken aback by who Mr. Adamu was before he became a ‘well-deserved’ minister of education. The Minister was himself an advocate of and a writer for ‘properly funded Education’. How a clearheaded person of initial constrict and reverence became irresponsible of redeemable ideas is dismaying. Mr. Adamu has letdown public trust, with his recent walk-out. The same way he has been walking out of issues of concern.

NANS has only called for proper implementation and adequate funding. It is what is needed for our getting back to classes. The demands does not end there. The Government must be committed to funding and seeing a better public education. The government must remember that the economic impact and deficiency it prevails upon inversely does not give support to increment policy in our campuses. Some candidates who excelled in the exam that turned me into the University of Ibadan are unable to reach moment because they could not pay acceptance fee construct, let alone an increment that would fail to encourage Education.

If I must conclude, the Minister of Education must either walk in to address the state and spate of public education or resign his irresponsibility.

ADUWO Ayodele is a 100level student, at the University of Ibadan, studying History.

The Strong Tower Club: A Group of Youths to Watch Out for in Oyo...

IBARAPALAND: As We Walk Through The Valley of Shadow of Death