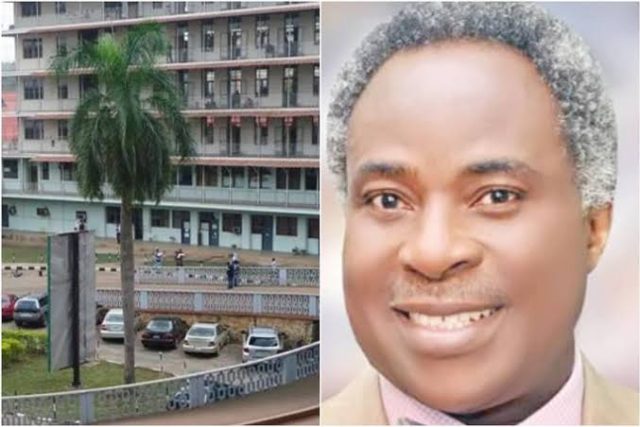 The University College Hospital (UCH), Ibadan has stated that the ongoing project in some wards is the reason why there is shortage of water supply in some parts of the hospital.

In a statement released by the Public Relations Officer of the Hospital, Mr. Toye Akinrinlola drew the attention of the public to the fact that the 62years government owned hospital have ageing infrastructures which are getting required attention already.

According to Akinrinlola, the Chief Medical Director, Professor Jesse Otegbayo on September 23rd 2020, at about 10 am, went around the Hospital to inspect the progress of the ongoing project on the sewer system and water reticulation system.

“This information can be verified on the Hospital’s Facebook. The ongoing project necessitates us to shut down the supply of water to some wards. We are aware of the inconvenience our teeming patients are going through and we are doing our best to make sure that the supply of water is restored soon. The contractor handling the project is also aware of the situation and is poised to hasten the pace of work so that a basic amenity like water can be enjoyed uninterruptedly.”

Earlier before the hospital’s release, a respected investigative journalist, Fisayo Soyombo had raised alarm over the water crisis in the hospital and the implication on public health.

“Women who have just put to bed are being told to buy sachets of water to clean up. Life is especially hard for women in this category because their heavy flow of blood can’t be held for long without using water to clean up before they change their sanitary towels.

“Hospitalised, menstruating women say they’re a mess during their periods. Pregnant women, who naturally urinate frequently, force themselves to suppress the urge just to avoid using toilets without water. One woman even recently contracted an infection at the end of her admission at the hospital.

“This is UCH we’re talking about, not a health centre. The UCH management has got to do something really fast” He said.