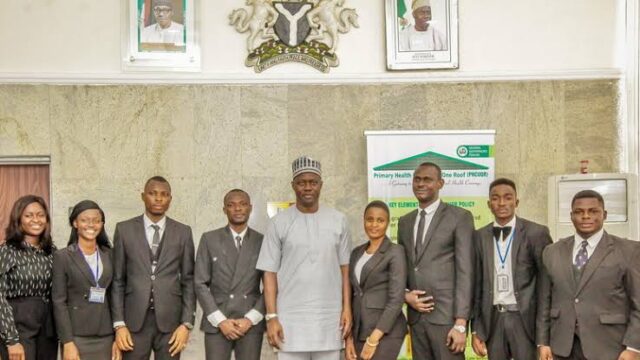 I prefer not to wait till another May29 to officially address and admonish concerned Authorities/Specialists of one of the plight of Oyo Students for many years, especially after one year plus of this current administration.

The concerned authorities been referred to here are
a) Special Adviser to the Governor on Student Affairs,
b) Commissioner of Education,
c) Oyo State Bursary and Scholarship Board,
d) House Committee on Education,
e) Office of the Speaker, OYHA; and
f) Office of the Executive Governor.

Both Office of Speaker and Governor are mentioned owning to the fact that they are the head of two, out of the three arms of government we have.

As a cultured son of the land, may I start by commending the efforts of the State Government so far about the transformation on-going in the educational sector in the state. While this is commendable, it’s important to discuss some other areas that are lacking, which if not duely considered, may not speak well of previous efforts.

While I believe that the subject matter of this letter is not new to the above-mentioned concerned Authorities, I see it as a duty to remind them, peradventure they have forgotten that no society can rise above the standard/quality of its education.
The full brim of the huge investment is not only limited to infrastructure, but payment of salaries, or on the job training for teachers.
The place of Bursary and Scholarship also, can never be replaced by any of these nor overemphasized.

While I’m not interested in delving into how the last administration failed to pay bursary nor award scholarship for students for over 5 years before the expiration of their tenure, my concern here is to demand a more logical explanation from the current administration on the delay in the process.

May I also say that the excuses been given (that the Bursary and Scholarship board is yet to be constituted) is overdue and should not be accepted by any reasonable person(s) after more than one year in office; this may speak volume of a government whose campaign was based on providing quality and accessible education for all.

Officially, Oyo is regarded as a Pace Setter State, and it’s expected that we uphold it and continue to live by example. While I tried hard not to mention states that are doing well in payment of Bursary and Scholarship, I still think it is important for your Excellency and other concerned authorities to know.

Before moving further, may I also state that this letter is a reflection of Oyo State Indigenes studying in higher institutions of learning both inside and outside of the state, who have been starved and still starving of Bursary and Scholarship despite having sound academic records.

Mr. Governor and other concerned specialists, may I bring to your notification that consistently, Lagos Indigenes concentrating in higher organizations of learning are been paid a token from the state government throughout the years; while the confirmation of the ones concentrating in Obafemi Awolowo University is sure, I trust it’s applicable to other certified schools. Likewise, the recently paid bursary to Ekiti Students is additionally another genuine truth that a few states are doing admirably well in the installment of Bursary and Scholarship.

Sir, it is highly unlikely we would support scholastic greatness if bursary and grant are absent.

May I also recognize both the efforts and lackadaisical attitudes of those saddled with the responsibility of demanding students’ entitlement from the Government. History will never forget the efforts of past Federation of Oyo State Students’ Union leaders who fought tirelessly to ensure that this is achieved. Also, we are aware of how some of these leaders sold out the Union on the basis of playing politics.

On a final note, this is a wake-up call to FOSSU National which I’m part of, and other National Indigenous Unions in the state to come together in unity and demand what belongs to them from the Authorities constituted in the State.

Mr. Governor sir, and other applicable specialists, there is no point deferring the constitution of the state Bursary and Scholarship Board, while bursary is for all, we likewise have splendid children: little boys and girls, who can hardly wait to be distinguished as somebody who benefited by the State’s Scholarship program. In addition, I want to utilize this medium to interest for straightforwardness and responsibility at whatever point the board is comprised, while I modestly interest for the quick constitution of the board.

UNIBADAN: Why Merit Should Define Race for Vice Chancellorship