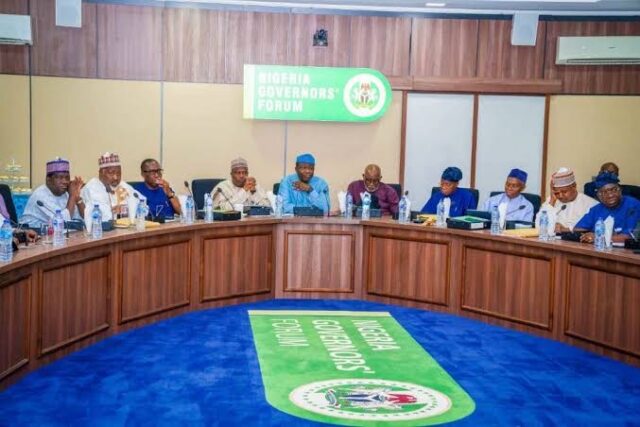 The 36 State Governors have scheduled a meeting for Wednesday to consider burning national issues, particularly the ongoing nationwide demand for police reform and the suspended hike in electricity tariff.

Spokesman of the Nigeria Governors’ Forum (NGF), Abdulrazaque Bello-Barkindo said, in a statement on Tuesday, the governors would entertain briefings from “the Inspector General of Police Mohammed Abubakar Adamu who will explain the security situation in the country to the governors, particularly regarding the FSARS protests.”

According to Bello, the meeting would also be briefed by the technical committee on electricity tariffs.

He said, “The Ministers of Works and Housing, Communications and Digital Economy and Humanitarian Services and Disaster Management will also be on hand to address the Governors one after the other.

The Humanitarian Resources and Disaster Management Minister, Saadatu Umar Farouq will be discussing how to lift a hundred million Nigerians out of Poverty with the governors.”

He added that the meeting would also receive a briefing on the distribution of palliatives by the Coalition Against COVID-19 (CACOVID) a conglomeration of banks and some public-spirited philanthropists including Aliko Dangote, Basic Healthcare Provision Fund (BHCPF).

Your Uncouth Language Against Me Does Not Portray Proper Home Upbringing – Shittu Replies...

JUST IN: Oyo Opens Portal for Amotekun Application, See How to Appply