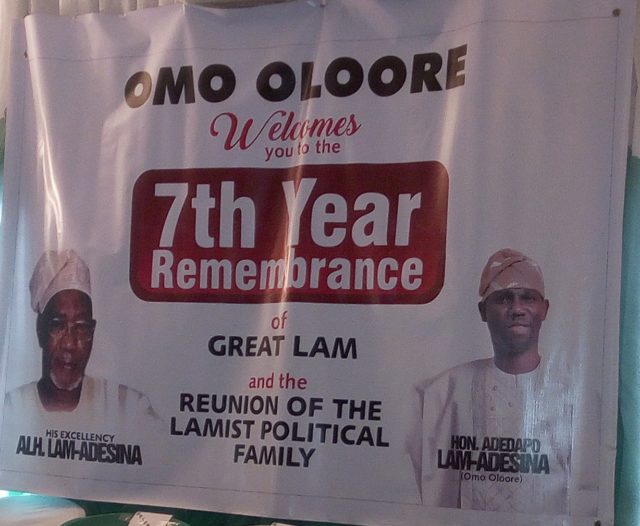 The moral qualities of the late accomplished educationist turned political gladiator was highly hailed at the 7th remembrance ceremony organized in his honour at his Felele residence, Ibadan. 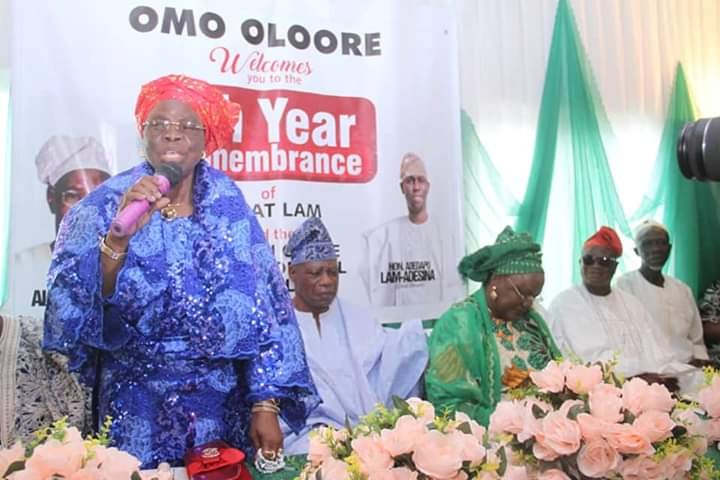 Mrs. Iyabo Adesina, daughter of late icon, in her opening address after the fidau prayer service thanked the political disciples of her late father for promoting the his legacy since demise.

In their separate remarks, Alhaja Sarat Adesina, widow of late former Governor, Chief Michael Adeniyi former Secretary to the State Government, Alh. Abu Gbadamosi, a renowned politician, Sen. Monsurat Sunmonu, the leader of the Unity Forum, Barr. Lowo Obisesan, former Commissioner for Environment, Hon. Segun Olaleye and a host of other speakers glowingly said there was no politician in this present dispensation that had not in one way or the other gone through the leadership of late Lam Adesina. 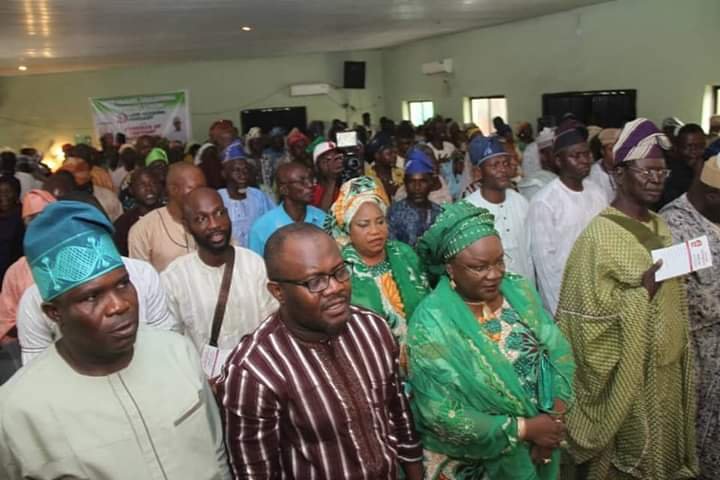 Delivering the closing address, the Oyo State Commissioner for Information, Culture and Tourism, Dr. Wasiu Olatubosun glorified the late politician for bringing him and many prominent political figures this far in murky politics.

He therefore implored the political gaffers in the country to emulate the unalloyed magnanimity of the late Awoist in order to have an egalitarian society as wished by all and sundry.

The charged atmosphere which was climaxed with the presentation of symbolic cheques of the annual bursary award of Hon. Adedapo Lam-Adesina to over 100 students drawn across the 33 local government area of the State also had in attendance Barr. Iyiola Oladokun, the Deputy of late Lam Adesina, Dr. Gbola Adetunji, a former Commissioner for Health, Hon. Wasiu Musah, the immediate Oyo State Deputy Speaker, Barr. Seun Ashamu, the Commissioner for Energy and Mineral Resources, Alhaji Saheed Alaran, Hon. Ganiyu Ayesoro, Alhaji A bass Oloko and other notable political bigwigs across the party lines.