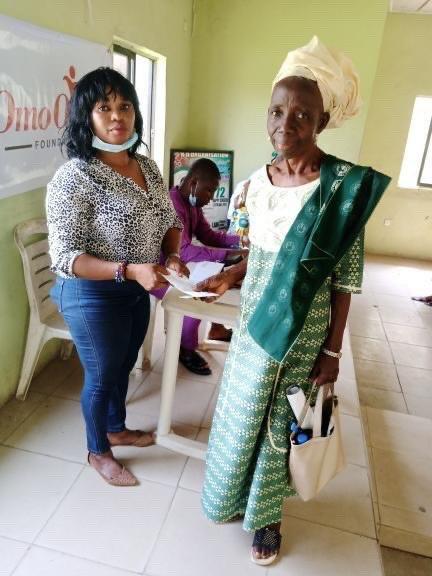 A former member of the House of Representatives, Honourbale Dapo Lam Adesina has again extended hands of philanthropism to scores of widows in Ibadan.

The event which took place at the Felele residence of his late father on Wednesday, 11th November 2020 coincides with exactly eight years that the Late Former Governor of Oyo State, Alhaji Lamidi Onaolapo Adesina passed on.

Prior to this day, the Former Lawmaker had in his birthday appreciation message launched his ‘Omo Oloore Foundation’, which he said is another avenue to promptly reach out to people.

“In line with our determination to always be on the side of the people either in or out of government and in the spirit of my birthday, we have launched the Omo Oloore Foundation (149051) (without any fanfare due to recent happenings in the country).

Be sure that we will continue to do our bits”.He said

Speaking at the presentation of cash to some selected widows, Honourable Dapo Lam who was represented said that the Omo Oloore Foundation will henceforth be the medium to be used to reach out to people.

On behalf of the beneficiaries, Mrs. Idowu thanked Omo Oloore Foundation for the kind gesture towards the widow especially during a period that everyone felt neglected.

“I thank Omo Oloore Foundation on behalf of all of us for this kind gesture towards us especially at a time like this when everyone in the country feels neglected. May God almighty continue to replenish him”.