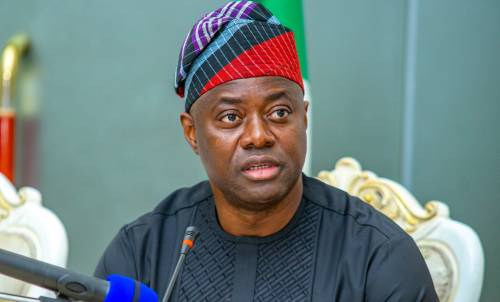 Governor Seyi Makinde on Wednesday approved the Hijrah public holiday for Muslim faithful in the state following the clamour by the Muslim community in Oyo State, it was recalled that there was no holiday of Hijrah celebration last year.

In his address at the 2021 Mawlud Nabbiyy at the Government House Remembrance Arcade, Agodi, Ibadan, the state capital, on Wednesday, Makinde said the declaration of the holiday was in response to the demand by Muslims.

According to him, “Some people said Seyi Makinde did not want Muslims to be celebrating MawMawlidbbiyy. Last year, we missed it, but when the Special Adviser on Islamic Affairs came to meet me that for this year; even despite the COVID-19 and few restrictions, it would be nice for us to do it. Then, I gave him the go-ahead.”

It was a moment of joy for the Islamic clerics who expressed their happiness while speaking on the occasion.