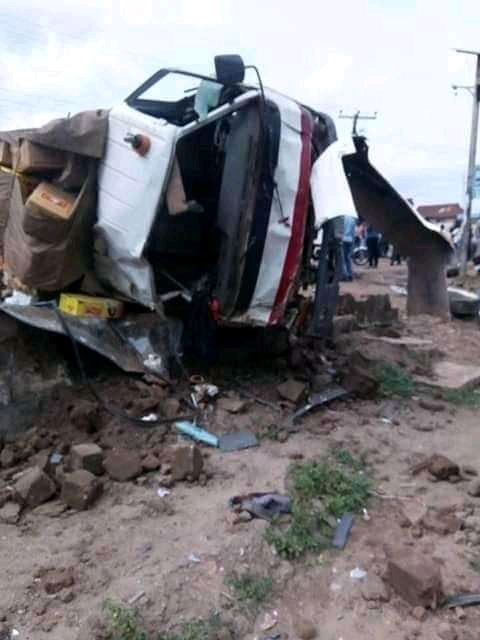 Dear Engineer Seyi Makinde, I have decided to write you an open letter perhaps because of the inaccessibility to your direct office. I do not write for mere fame but as an advocate of good governance through constructive agitation and advocacy, which is inevitable in this Democratic dispensation.

I am the son of the ancient Ogbomoso soil and also the National Senate President, federation of Oyo State Students’ Union(FOSSU), the number one indigenous student movement in Oyo state with over 850,000 membership strength.

Sir, in a bid not to bore you with compounded rhetorics, I will head on straight to hit the nail on the head.

The ill state of our road networks is fast becoming a communal challenge. The road networks that have served the community and have also been a major source of economic advantage to the good people of Ogbomoso are now death traps and other kinds of disasters waiting to happen.

Undoubtedly, Ogbomoso is one of the most conspicuous region in the Southwest zone, Nigeria with the Population of about 1.7million inhabitants across five local governments and seven local council development areas.

Ogbomoso is famous for its rich history of valiant heroes and their noble escapades. We are an industrious community of people commuted to the development of our Town.

Next to Ibadan, the state capital, Ogbomoso remains the second largest city in Oyo state with economic highlights such as Factories, schools, Markets, Media houses, (both Television and radio stations) and the state owned university (LAUTECH) which is the major institution in the community amidst other private colleges.

The town is one of the economic salvage of the state, contributing immensely to the state’s Gross Domestic Product. (GDP)

It is crystal clear that the road network is one of the amenities that cannot be jettisoned in our social economic development.

Sir, Ogbomoso is one of the communities in the state bedeviled with the dangerous and treacherous road networks.

It is at this juncture, with a sense of urgency that I appeal to you and convey our outcry to the government of Oyo state with a sense of urgent public importance to find a lasting solution to the bad roads that has turned to death traps, with fatality tendencies perhaps even more than the current covid-19 which is ravaging Nigeria and the world extensively.

Recently there was a very brutal accident that claimed the life of six commuters at a spot on this road.

It is a popular saying that governance has a perpetual succession. This idea suggests that developmental responsibilities in the state/country are passed down from one government to the other. The Takkie to LAUTECH road is an ancient road that links up Ogbomoso with Ilorin road. This road is located in the Ogbomoso Metropolis. The road, being in a deplorable state demands the urgent intervention of the state Government. Lives of many students of LAUTECH have been lost to the treachery of this road.

A reconstruction of this road will bring joy and laughter to the students and citizens who have toiled on this path over the years.

I must also charge our son, who is currently holding the post of the commissioner for public work and transport in Oyo state, Prof. Raphael Afonja to ensure all hands are on deck through urgent intervention to this challenge as it posses imminent threats to lives and livelihood of our people and backlog to our economy.