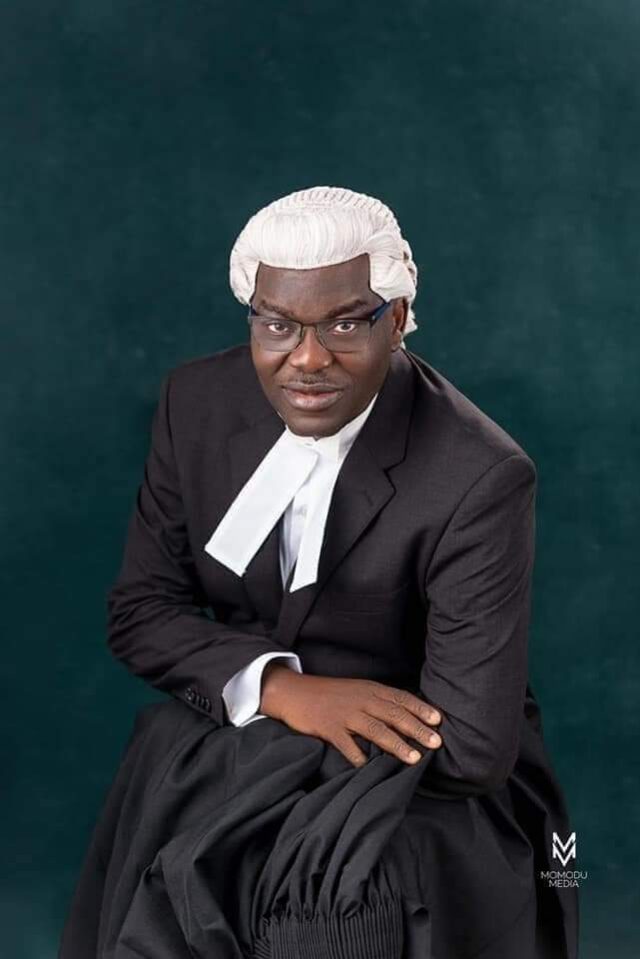 I wasn’t the oldest in the class. I think there were at least three persons in the Abuja Campus of the Law School who were above 70 years of age. I, however, belonged to a generation of students called “the Elders,” most of us in our 50s and 60s. I was inspired by many of the older gentlemen, especially those who had been Senators, Members of the House of Representatives, Permanent Secretaries, Ambassadors, and successful professionals – Accountants, Doctors, Engineers, Actors, Journalists, etc. It was an irony that each time some of the younger colleagues told me I inspired them, coming to the Law School at my age, I, in turn, took my inspiration from those above 70 and successful men who were in the same class.

My interest in Law was spurred by my interest in politics and the fact that many of the personalities that inspired my interest in politics like Chief Obafemi Awolowo, Chief Samuel Ladoke Akintola, Chief Bode Thomas were lawyers. My interest in Law deepened when I had opportunities to work in government (Federal and State), and from there, I concluded that knowledge of Law is a sine qua non for outstanding performance in government. As Chief of Staff to Governor Abiola Ajimobi, there were occasions when we had heated debates on issues. The governor would agree with my position but would end up accepting the counsel of the lawyers in the cabinet. His reasoning was always that if he followed my advice and there was a backlash, he would be left vulnerable. However, he could still take refuge in the fact that he followed the counsel of his lawyers, especially on matters bordering on legal issues. When the governor dissolved the cabinet in 2013, I resolved to go back to school and Igbinedion University, Okada, Edo State offered me a serene, stimulating and comfortable environment to study Law.

It was both challenging and fun attending classes with younger classmates. Many of them called me daddy, and I often found that amusing. Many of them were also quite helpful. I believe this new generation is smarter. They grasp issues much faster, and they are quicker to adapt. They have access to more information and can sustain discussions across many disciplines, having no boundaries between what the older generations classify as “serious” and “unserious”. For instance, they don’t regard versatility in music as a sign of unseriousness. I encountered many of the best students in the class who were nimble dancers and almost fanatical football fans, especially the English Premier League.

Midway into the session, I was astonished when they discussed issues of Law, and I began wondering whether we were in the same class! This inspired me, or more accurately, pressured me to work harder.
Many of them taught me the mathematics aspect of Law, particularly in Corporate Law and Property Law. Believe me, it is helpful when people who are younger than you teach you a subject. You feel challenged to work harder, especially when the one teaching you does not have the patience to repeat himself. One of them once told me, “Daddy, this thing is not as difficult as you make it look! I was slightly jolted, but I calmed down and jokingly told him to take it easy with daddy!

…I SUCCEEDED AFTER FOUR ATTEMPTS.
I feel fulfilled because I finally succeeded in finishing the law programme after four attempts. I had to withdraw after one year at the University of Ibadan because some of my colleagues wrote a petition that I was a full-time staff of the Nigerian Tribune, so I had no business enrolling for a full-time law programme. I would have finished in 2001. I tried a second time to run the programme in 2010 at Buckingham University in the United Kingdom, but family commitments made me abort the trip a few days to my departure. I did one year with the University of London External Degree programme in 2014 but opted out when it looked like the Council of Legal Education would not shift ground on not allowing correspondence students to attend the Nigerian Law School. I felt there was no point reading law if you would not appear as counsel in court.

Law School is tough. You work round the clock. You must achieve 75 percent class attendance. You must attend group meetings, and you must carry out the daily assignments. You must be prepared for every class because you could be called to answer questions and you wouldn’t want to disgrace yourself in the presence of more than a thousand classmates. Sometimes when the heat got to me, I counselled myself that failing the Bar examination was no option. In truth, it crossed my mind on many occasions that it was quite possible to flunk the final bar examination. I always shrugged it off and wished it away, but felt pressured to work harder. The only reward for hard work is more work, and I am glad it has ended in praise.

To God be the glory.

UI VC At 62: Toast To A Witty Bibliophile | Sunday Saanu