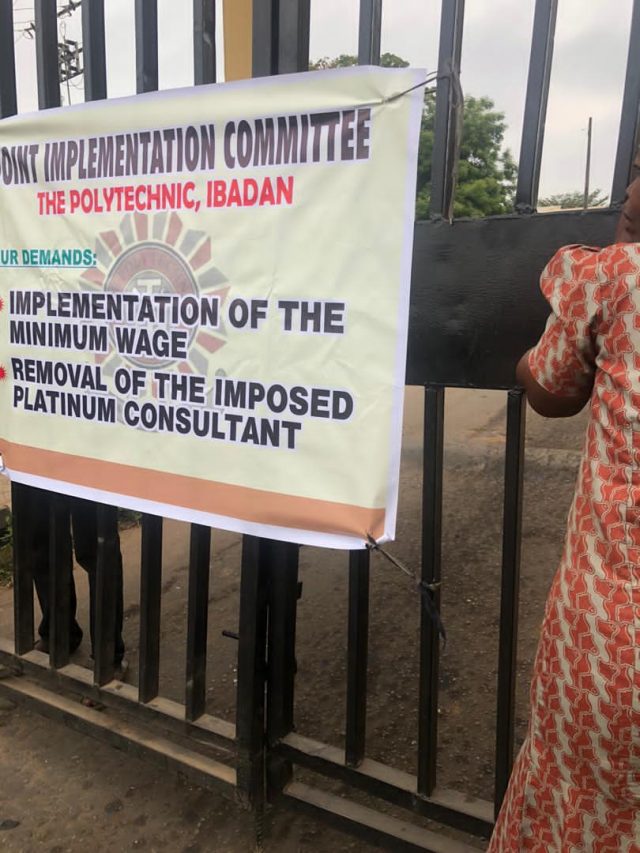 The academic and non-academic staff unions of The Polytechnic Ibadan have agreed to suspend the ongoing industrial action over non-implementation of the new national minimum wage by the Oyo State government.

This came after the union had met with the governing council of the institution where the Chairman of its Governing Council had appeal on behalf of the government.

OYOMIND recalls that the workers have been on an indefinite industrial action since 11th January 2021 following the resolution of a special congress of the unions.

The strike action was suspended for 21days to honour Governor Seyi Makinde and the Governing Council of the institution.

Oyo Amotekun Commandant Cries Out Over Alleged Killing of 2 Persons