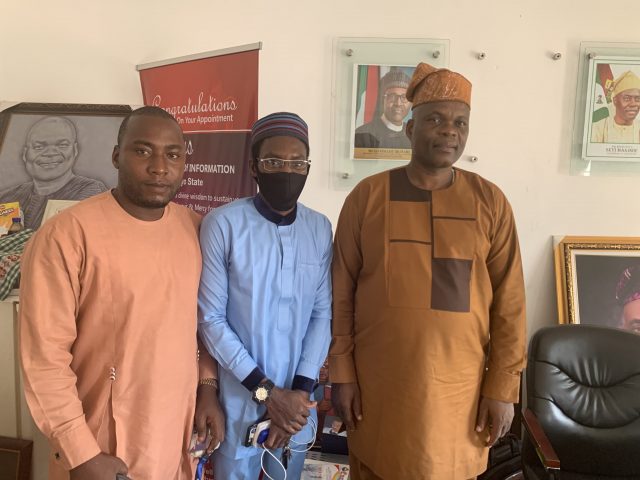 It was an interesting moment on Wednesday as the Chief Executive Officer of Jet2fly traveling Agency, Aliu Kolawole visited the Oyo State Commissioner for Information, Culture and Tourism, Dr. Wasiu Olatunbosun at his office.

The visit, according to Kolawole was to strengthen the synergy between the government and the people of the tourism world and more importantly to collaborate on how to achieve sustainable innovations in Oyo State Tourism.

He further expressed that many things are going on in the tourism industry, where the people of the state can benefit a lot from but cannot be achieved alone, hence the need to call for the support of the government.

Speaking during the meeting, the Commissioner commended the young CEO for the thoughtful idea of reaching out to the government for collaboration while he assured him of a positive response in due time.

The Informal Education We Subjugated; The Basis Of Our Societal Decadence || Yekeen Azeez