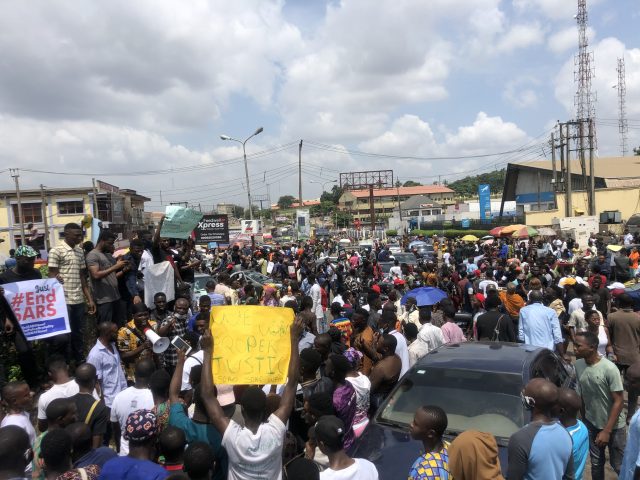 Children of the police officers Adegoke Ajibola, Peter Abegunde, Rotimi Oladele, Mr. Alidu, and Akanmu James killed during the #endsars protest in Oyo state have begged the federal and state governments to sponsor their education.

They also call for well-to-do individuals to support them in ensuring that they have good education.

The children who are between the ages of 2 months and 14years told Daily Trust in Ibadan that death of their fathers has created vacuum in their lives. One of the twins of Peter Abegunde who spoke on behalf of other children asked government at all levels to support their education.

She said; “when we heard about the gruesome murder of our father, we were broken. My fear is our education. Many of our mothers are not working and we need to go to school. I want to appeal to the government to come to our rescue. We have nobody, except God. In fact, they don’t need to give us money but they should give us scholarship,” she said.”

in her remark on the need for government to support the Widows and their children, Feranmi Oladele, the wife of Rotimi Oladele said all the affected widows have no financial strength to care for their children.

She appealed to the Oyo state government to fulfil its promises to the widows, adding that “many of us are not ourselves again.”

JUST IN: One Dead as Prison Warders, Motocyclists Clash in Ibadan