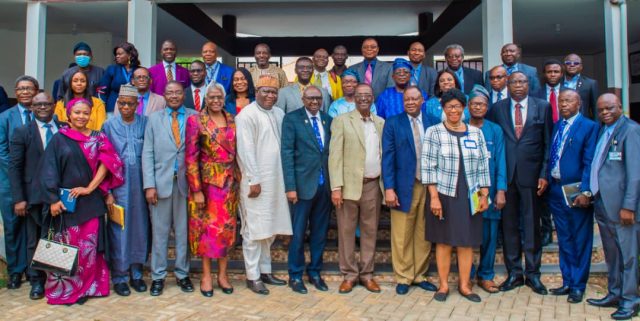 Activities to celebrate 60 years of the existence of the Committee of Vice Chancellors of Nigerian Universities (CVCNU) began at the University of Ibadan yesterday with a Soapbox event titled ” Sixty Years in Sixty Minutes: Exploring Trends in the Nigerian University System”

The goodwill message of the Chairman of the CVCNU, Professor S. G. Edaimiekumo was delivered by the Chairman, Committee of Private Universities , Prof K. A. Adeyemi.

The Executive Secretary of the CVCNU, Professor Y. A. Ochefu, explained that such Soapbox events will be organised in the six geopolitical zones of the country, there will be an International conference and a NUGA games as part of the activities to celebrate 60 years of the CVCNU.

He also stated that an Innovation Challenge will also hold while the activities will be rounded off on 15 October, 2022 in Abuja with a grand Gala night during which the ancestors of Education and those who have made University education proud will be celebrated.

The southwest zone Soapbox event was attended by Vice-Chancellors of the Universities in the South West of Nigeria.